Bay of Plenty civic leaders are working collaboratively to ensure the region can recover economically from Covid-19. 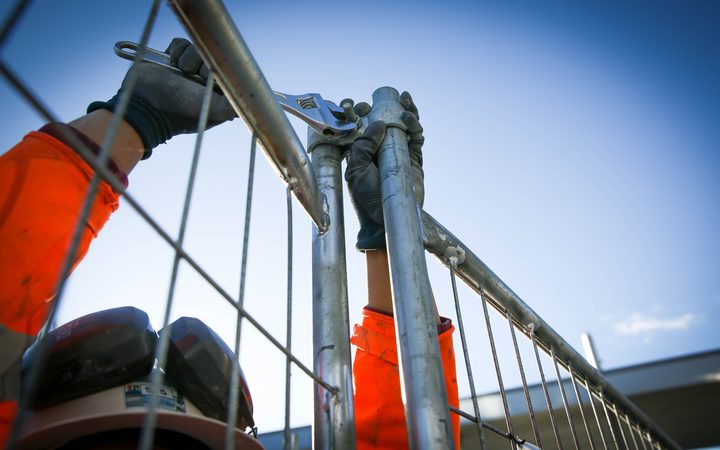 The Crown Infrastructure Partnership Group is seeking applications for projects in the public interest, which are "shovel ready", that it may fund or accelerate the progress of to stimulate the economy as the country recovers from Covid-19.

Regional council chairman Doug Leeder said the challenges of Covid-19 were of an unprecedented scale, and the regional council was focused on its role as an environmental caretaker, as well as supporting the people within its rohe.

He said the projects put forward by the regional council would create jobs, encourage environmental sustainability and respond to the threat of climate change.

The Rangitāiki Floodway project is in response to the 2017 Edgecumbe flooding.

Leeder said the subsequent Cullen report on the flooding noted that the Rangitāiki Floodway project was a "matter of urgency" and needed to be completed as soon as possible.

The regional council is seeking $13.7 million in funding from the Crown Infrastructure Partnership Group and the project is estimated to employ 50-60 full-time workers.

These projects are expected to cost $12 million across two years and employ 60 full-time workers.

Leeder said the work on the Whakatāne and Waioeka Rivers would support both towns' Provincial Growth Fund harbour developments.

It would also upgrade drainage in the rivers to go "above and beyond" best environmental practice.

The "green work" projects would include pest control, biodiversity enhancement and wetland development. If successful they would see two million native trees planted.

The regional transport projects were yet to be considered by the public transport committee but could include park-and-ride facilities, transport hubs and rail projects.

Ōpōtiki mayor Lyn Riesterer enquired whether people who found themselves unemployed as a result of Covid-19 could find employment in these projects.

Leeder said the Rangitāiki Floodway project would be too technical to employ someone who had lost their motel cleaning job, but that people could potentially find employment in the "green work" projects.

"We want to get people out of their homes, off the benefit and into the community," he said.

The Whakatāne, Ōpōtiki and Kawerau district councils put forward a joint table of projects being considered in their districts.

These include three waterworks, transport, buildings and structures, parks and reserves, flood protection and cycleways.

All up the projects are expected to cost $239 million and employ 2942 full-time workers.

Some projects are already underway while others could proceed within six to 12 months.

Whakatāne mayor Judy Turner said the projects were economically, socially and environmentally sound and the benefits of them could extend past the district's borders.

She said her council was also considering ratepayer relief following both the Whakaari-White Island eruption and Covid-19.

Turner said the three councils would continue to work collaboratively with each other and with iwi.

Kawerau mayor Malcolm Campbell said councils had a "huge task" ahead of them.

"We need to keep positive... there are people hurting out there," he said.

Leeder told the three Eastern Bay of Plenty mayors that the regional council could assist councils if they came upon any "minor" consenting issues that needed to be fast-tracked.

However, he noted the councils had been working on the proposed cycleway from Ōpōtiki through to Kawerau and potentially onto Rotorua for over five years and it was therefore well-planned.

Riesterer said in a conversation she had with MP Shane Jones she had informed him hold-ups rarely came from councils but rather outside organisations such as the Department of Conservation and Heritage New Zealand.

"It is often them holding up our projects and it was good to express to the minister that they are often the reason for our delays," she said.

Taupō mayor David Trewavas said his council was looking at three water projects, a civic and welfare centre, an event centre for Tūrangi and an upgrade of sports grounds.

Western Bay of Plenty mayor Garry Webber said his council was looking at two major projects including the Rangiuru Business Park Public Infrastructure as well as public infrastructure to support the development of marae and papakāinga housing.

He described this as a "little out of the box" but essential.

Riesterer said she saw an emphasis on construction in all councils' plans yet many people who had lost their jobs did not have a construction background.

She said councils would potentially have to "share" the workforce until more people had been trained.

Leeder said councils should not "underestimate" the success of the apprenticeship regime and added that many people would need to train on the job.

Webber said the biggest limit on all the councils' plans would be the lack of resources available to make them happen.

"The point is, we need to get people into jobs and quickly," Leeder said.

All mayors said they would like to recognise and congratulate their staff who worked over the Easter weekend to ensure all proposals were ready to be submitted on Tuesday.

All councils were expected to submit their proposals to the Crown Infrastructure Partnership Group on Tuesday.