Northland's elected local government leaders are holding on to their current levels of remuneration - in spite of the region's growing Covid-19 impact.

Jason Smith, Northland Mayoral Forum chair, yesterday said that Northland councils would not be taking a blanket 20 percent 'pay cut' in line with Prime Minister Jacinda Ardern - who on Wednesday committed to this action for six months to show leadership through the effects of the Covid-19 pandemic. 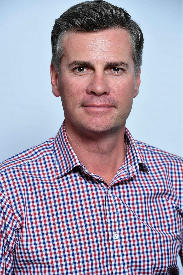 He said Northland councils could not, under prevailing New Zealand law, simply decide to reduce remuneration for the region's 42 elected representatives. This had been established by New Zealand's Remuneration Authority which set the level of remuneration or 'pay' councillors received.

But councillors did have the capacity to make donations from their individual remuneration.

The Northland Mayoral Forum was encouraging its elected representatives to do this. There would be no prescribed level for an individual councillor's donations.

Some councillors had already been making donations to those in need for some time. These were in some cases more than 20 percent of an individual's remuneration.

"If that's the case, we need to see a published list of which councillors are making donations of this type during these Covid-19 times," Deborah Glasgow, Whangaruru South Residents and Ratepayers Association chair from Oakura - and WDC/NRC ratepayer said.

"Then we'll know who to vote for, come the next elections.

"Doing this would be a symbolic gesture for ratepayers, who after all pay their remuneration.

"There'll be very few Northland ratepayers not having some sort of impact from Covid-19," Glasgow said.

"We need to see some sort of symbolic gesture, after all a lot of people in Northland are suffering much more than the 20 percent pay cut Jacinda Ardern's taken," Richard Gunson, Mangawhai ratepayer, business operator, local business association chairman and KDC/NRC ratepayer said.

The campground owner's income has been cut by 100 percent to zero as a result of Covid-19 level four lockdown.

Meanwhile, Bay of Islands' Jane Johnston, president of the Paihia and Kerikeri ratepayers' associations and FNDC/NRC ratepayer said more should be done.

"The Far North is going to be in a deeper and longer recession from this event than it was from the global financial crisis," Johnston said.

"It seems they [councillors] are removed from the people they represent," she said.

Smith said Northland's elected representatives understood there was interest in what 'pay cuts' were being considered for their remuneration at this time.

The Mayoral Forum's council leaders encouraged councillors to continue doing the best for their communities, through actions including financial contributions from their individual remuneration.

Smith said each elected representative knew best where, when and how much his or her contribution added to the local community.

"They're close to their communities and know where support is most needed," he said.

Elected members were encouraged to continue contributing to preferred causes of most impact and benefit, as they saw fit.

Contributions of this type to local communities and chosen charities had always been part of good public service in the region, Smith said.

"Such contributions have a stimulating and supportive effect in the community, which at this current and foreseeable challenging time is particularly helpful. This is local leadership in action," Smith said.

"Maintaining the ability to respond personally with donations and contributions is important and that principle is being upheld here in the North."

There was no intention to change these already-established elected members' contribution patterns, Smith said.