The West Coast is in lockdown - but the rates are not.

Local councils are trimming their budgets but stopping short of a rates freeze, despite the recession they believe is inevitable post-Covid-19. 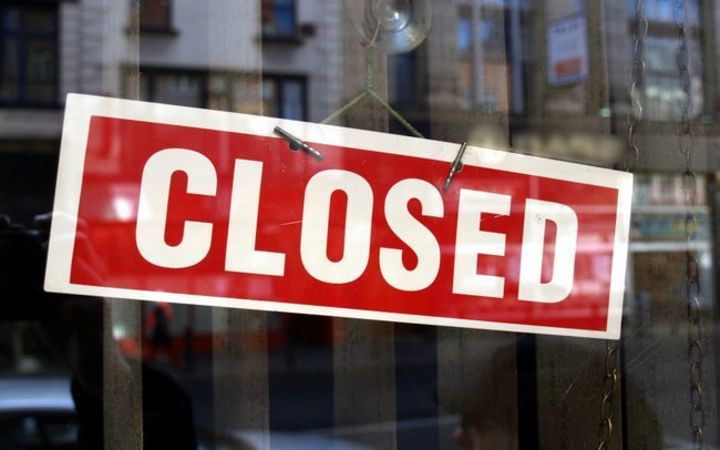 Businesses around New Zealand have been hit hard by the Covid-19 lockdown (file photo). Photo: Supplied

The Greymouth Star asked councils around the region if they would reconsider a rates freeze, given the closure of businesses and about 50 percent of the West Coast workforce at home and not working because of the lockdown.

"If we go to a zero rate rise, how will that affect people? It could backfire and wipe out more jobs."

The Grey District Council had a number of 'shovel-ready' projects it wanted to start on in the coming financial year, including bridges, pensioner housing, and work on the town reservoir and aquatic centre, Mrs Gibson said.

"We are applying for the subsidies the government is offering to get those projects happening, but they need doing either way. Taking them off the books to keep the rates down would just put more contractors and their staff out of work."

Her council would be looking at ways to help ratepayers in hardship and hoped the Mawhera Incorporation -Greymouth's biggest landlord - would do the same and show some lenience.

"A lot of businesses are closed but many of them are getting the government subsidies to keep their staff on."

That included her own hairdressing business, the mayor said.

"I've taken the subsidy to pay my two employees - we're just hoping that when the shutdown ends people will be desperate for a haircut!"

Buller Mayor Jamie Cleine said the Buller District Council was looking at a rate rise of 2 to 2.5 percent this year.

"If we had decided to recoup all the fixed costs that have gone up, like insurance, it would have been twice that - but we've decided we'll just absorb them," Mr Cleine said.

Some 'nice-to-haves', such as a new information management system for the council, would be deferred.

"We know that's something we could be doing better, and we're expecting the Ombudsman will say so when his report on Buller comes out but we've just had to put it on the backburner for now."

Critical infrastructure spending on the Westport and Reefton water supplies would remain in the annual plan, Mr Cleine said.

"But we will look at more rates remittance options for people and some options for businesses and for sports clubs - they've been hit hard too because they rely on tournaments for revenue."

The Westland District Council had been planning a rate rise of 8.5 percent at the request of ratepayers in Franz Josef and Fox Glacier, where critical infrastructure was needed, Mayor Bruce Smith said.

"But we have brought that down to 1.67 percent, which is less than the CPI, and we're looking for further cuts; we're very focused on getting it as close to zero as possible."

An austerity budget would also be needed next year, Mr Smith predicted.

"We're going to see a significant number of businesses close - some economists are predicting as many 30 percent won't reopen."

West Coast Regional Council chairman Allan Birchfield said he was in favour of a rates freeze.

The average household on the coast pays a regional rate of about $200.

"I can't speak for the whole council but personally, yes I would support a rate freeze - given what people are going through."

He would be raising the idea at the council's next meeting on the annual plan, Cr Birchfield said.