Economic scenarios released by the Treasury back the government's decision to go 'hard and early' in the fight against Covid-19. 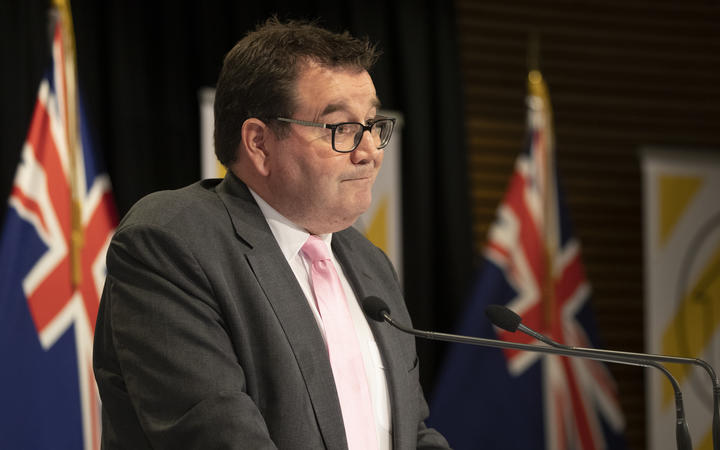 If lockdown isn't extended, the global economy picks up and the government continues to pump tens of billions of dollars into the economy, unemployment can be kept below 10 percent.

That's the latest forecast from Treasury, which has published seven different scenarios on the possible economic impacts of Covid-19.

"Clearly these are very much assumptions and the Treasury is at pains to point out - as we're pointing out - that they don't in anyway predict what the government's going to do, they merely show the impact of those three variables,'' Robertson said.

Treasury Secretary Dr Caralee McLiesh said the seven scenarios are based on a range of times spent at different alert levels, the impact on economic activity at each alert level, and the degree of fiscal support.

"The assumptions behind the scenarios have been informed by discussions with the All-of-Government officials and the previously released public health modelling of the course of the virus.

"There are a wide range of possible impacts depending on which scenarios you look at. Annual average GDP growth is shown to fall by as little as 0.5 percent or as much as 23.5 percent in the fiscal year ending 30 June 2021, and estimates of the unemployment rate in the June 2021 quarter range from 5.5 percent to 22 percent,'' she said.

''Two of the scenarios illustrate the cushioning effect of greater fiscal support on GDP and unemployment.

"I must emphasise that these are indicative scenarios, based on assumptions and estimates subject to considerable uncertainty. They are not official Treasury forecasts or the Treasury's view of what will happen.

"You're talking about a quarterly hit to the GDP, around 25 percent, but then quite a big bounce back and of course that's the nature of the way we measure GDP, if you have a big drop like that, any activity in the economy will then see it rebound somewhat in the next quarter," Robertson said.

In the best-case scenario GDP would still be down by 4.5 percent in the year to June.

"This global pandemic is dramatically affecting countries and their economies around the world. We are seeing dire forecasts for global growth and unemployment levels rising rapidly in many countries. As an open export-led economy, New Zealand will feel these global effects for some time to come," Robertson said.

"New Zealand is in a good position to fight Covid-19 due to our strong public health system, low debt and growing economy heading into this situation.

''The best way to protect the economy is to fight this virus, which is why we've acted swiftly and decisively to stamp out Covid-19. This will give our businesses and the economy the best chance to get going again on the other side."

National's finance spokesperson Paul Goldsmith said these are ''terrifying scenarios'', and underscore the absolute importance of getting out of lockdown as soon as we safely can.

''We want to see this week absolute clarity about what we will be able to do next week and the government needs to be agile and nimble about letting those who can go back to work, get back to work,'' he said.

"We shouldn't be bold and fast going into lockdown and ultra cautious and hesitant coming out, because there's a lot at stake.''

A longer period of time at level 4 or more than three weeks at alert level 3 could push unemployment further.

Robertson said the economic growth of New Zealand's trading partners will also have a massive impact.

More than $9 billion has already flowed into the economy through the wage subsidy scheme but Treasury estimates another $20 billion will be needed.

Robertson will release the next steps in the government's plan to support businesses later this week.

"The Budget is also another important part of the response, and it will include significant support to respond to and recover from Covid-19. As is usual with the Budget, there may well be pre-announcements, especially where they relate to urgent Covid-19 response activities," he said.