The passionate debate on the future of Masterton's town hall and other key projects has continued online during lockdown. 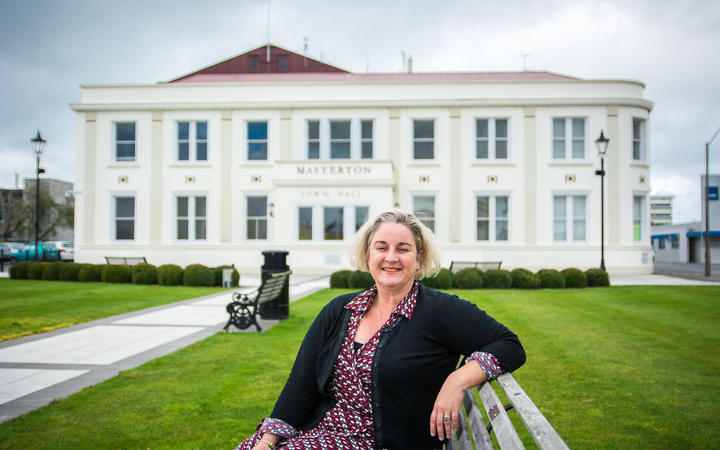 Residents and organisations submitted more than 300 opinions to Masterton District Council as part of its annual plan consultation.

An average rates hike of 6 percent, and up to more than 9 percent in some areas, has been proposed to cover the costs.

The plan came as the reality of the Covid-19 response hit, and with Masterton on lockdown locals made the most of the council's decision to funnel debate through its website rather than a mail-out to the 10,000 homes and businesses in the district.

Each item remains open to further public verbal submissions, which are still planned for May but may also be held online.

Options for the town hall remains open to further debate and presentation.

A full house at the council's Waiata House chambers in February saw the town hall earn a reprieve from the wrecking ball.

Heritage Wairarapa president Joseph Gillard said he was still minded to make a verbal presentation to council on his organisation's preference to maintain the town hall's facade and encourage greater preservation measures for the surrounding historic precinct.

Gillard said Heritage Wairarapa's submission would encourage the council to "add the skills and daring creativity of an architect and a memorable result is a likely outcome".

"The bones for this to happen are in place already. This is the chance for Masterton and Wairarapa to be on the right side of history."

Gillard said the lockdown meant the council "has to support society and the future, it has to spend some money doing something".

"And the minimum it has to spend would be the retention of the facade, as part of the bigger picture, and have some development going on behind.

"I think council has to face up to that. Some might say it's irresponsible, but at the end of the day, that's the way it has to be."

Sid Hayes wrote an open letter to the council in the Wairarapa Times-Age on the town hall earlier this year.

He said he remained in opposition to a new town hall or community centre, and library complex. He said the potential cost of $22 million was "exorbitant", and would potentially be more.

He said he was in favour of working with Carterton District Council to develop the events centre further, backed by money from Masterton.

"This will give the Wairarapa region an excellent facility and then use the other regional halls and complexes for smaller events.

"By the time Masterton District Council make a decision on a new civic centre and build same, we will have been without a civic centre for six years.

"Now convince me we need another under-utilised civic centre.

"Come on Lyn [Patterson, Masterton mayor], reach a hand out to Greg [Lang, Carterton mayor] and show we can work together. After all, the current catch cry is 'we're all in this together'."

Last week, former councillor Brent Goodwin called on the council to park its key projects and consider a rates decrease.

The major projects also include consent applications for Henley Lake, and improvements to the town centre skate park.

Money will have to be spent on the manmade pond, district council chief executive Kath Ross said.

Ross wrote in the Times-Age last week that a consent "will be required to take any water from the river or catchment for the lake".

Ross said, "the question is what approach the community would like taken as to how we manage lake levels".

More than 100 people responded to the parallel speed review, which is looking to lower road limits across Masterton.

An updated schedule for further submissions and council consideration of the plan is to be confirmed.

Verbal submissions are set for May. All district council plans should be in place by 1 July.