A Rotorua councillor has written an open letter of complaint to the Rotorua Lakes Council calling for the "reinstatement of local democracy". 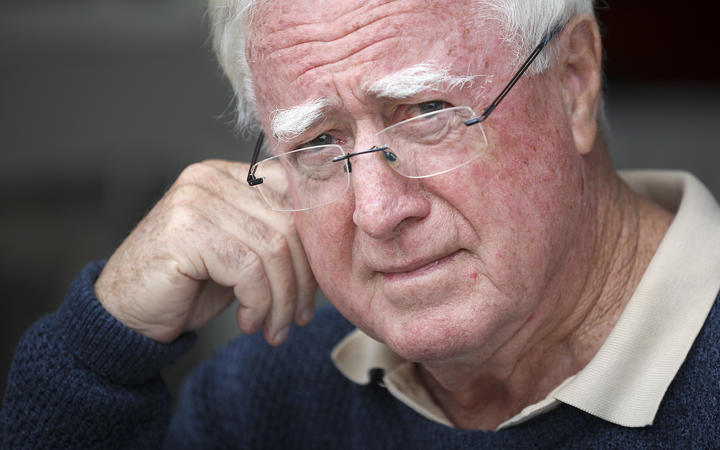 The complaint, sent on Friday last week by councillor Reynold Macpherson, calls for the end of the delegation of responsibilities to the chief executive and questions informal meetings held by the council during the national lockdown.

However, mayor Steve Chadwick said Macpherson had participated in discussions and voted for the delegation on two occasions, and informal meetings were necessary to keep elected members "involved and informed" during alert level 4.

Macpherson's complaint - on behalf of lobby group Rotorua Residents and Ratepayers - was addressed to Chadwick, and included all councillors, chief executive Geoff Williams and two other council officers.

"I write to complain about yesterday's [16 April] informal meeting of [the] council and ask that immediate steps are taken to revoke the delegation of authority to the chief executive and to reinstate local democratic government," the complaint reads.

Macpherson referenced portions of that meeting where the duration and purpose of the delegation was discussed, including what he considered "assurances" it would end when a law change meant meeting quorum could be attained via video link.

Macpherson also took issue with the continued cancellation of council committee and full council meetings, calling for their reinstatement "with public inclusion maximised in the interests of transparency and accountability".

"Please take immediate action to revoke the delegation of authority to the chief executive and to reinstate local democratic government."

It comes after the council voted on 25 March to delegate "all functions" to Williams, excluding those prohibited under the Local Government Official Information and Meetings Act.

At the 25 March meeting - the eve of the national lockdown - a report by council strategy manager Jean-Paul Gaston said the Act did not allow for quorum via video link, and the delegation of power was necessary to allow decisions to be made until that law changed.

Until then, the council could not legally meet and make decisions in an official capacity.

Tauranga City Council and Bay of Plenty Regional Council had both opted for emergency committees instead of delegating power to their chief executives alone.

That law had been changed, effective from 26 March.

At its first meeting via video link on 3 April, the council voted to continue the delegation of power to the chief executive.

In that meeting, council planning and support manager Oonagh Hopkins acknowledged the law had changed but described the continued delegation as a "back-stop and safety, security measure" during alert level 4 in case the council could not meet for some reason.

"We're just wanting to put this in place should matters escalate or anything changes during the next couple of weeks."

Macpherson had voted for the continued delegation at that meeting.

When asked why by the Rotorua Daily Post, he said he "hadn't realised the implications at the time" and was "struggling" with Zoom technology.

"I realised that the original decision to make the delegations to cope with the contingencies was reasonable. The decision to not revoke them was unreasonable.

"We can meet now using Zoom. That core issue [quorum] has been resolved.

"This argument is imagining future scenarios to justify the delegations not being revoked."

Macpherson said it was wrong to leave those delegations with the chief executive because in his opinion it meant "being ruled by officials".

Macpherson said informal meetings during the lockdown were "simply presentations by officials and some degree of questioning is tolerated" and were to "rubber-stamp" the recommendations of officials.

In response to questions posed regarding Macpherson's complaint, mayor Steve Chadwick provided the Rotorua Daily Post with a copy of the letter she had sent to Macpherson in reply.

In it, she said Macpherson had participated in the decision to extend the delegated authority of the chief executive in the council meetings on 25 March and 3 April.

"The delegations ... do not remove democratic decision-making and have not needed to be used to date."

She said part of the resolution "required a commitment from the chief executive to a set of guidelines in the event he has to exercise the extended delegations".

"We are not operating under normal circumstances and like other councils have in the interim cancelled regular committee meetings and are dealing with matters that need a decision through meetings of the full council."

"The sole 'decision' that has been made during these informal meetings was ... when we voted on an in-principle motion of support for a rural and provincial sector of Local Government NZ recommendation, calling for a freeze of local government elected members' salaries for next financial year. You voted in favour of this.

"In light of the above, you may wish to reconsider if you still believe a formal complaint is warranted.

"If so, you will need to follow the process for this as set out in the elected members' code of conduct."