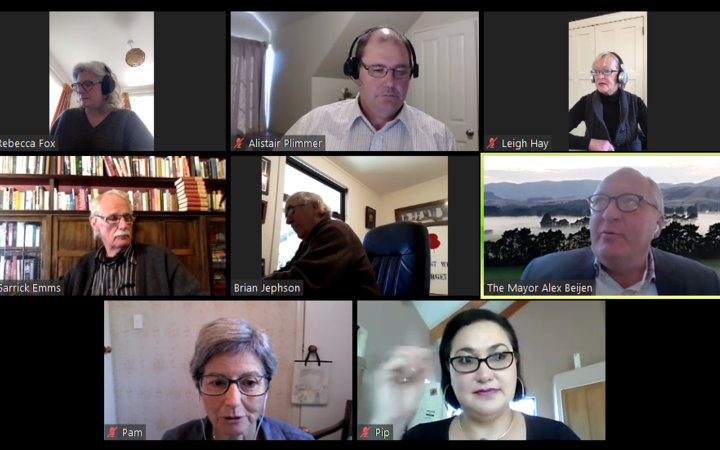 The council moved to release the plan, set to be posted to the authority's website on Friday, and published next week.

The draft plan says the raise was reduced from an estimated 13.75 percent to help residents fight off the worst impacts of a Covid-19 influenced economic downturn.

The seven-figure loan was also called for to support key projects, Mayor Alex Beijen said in the plan.

"We believe we must continue to implement the critical projects we had identified earlier and invest in the council's ability to deliver its work programme."

Initiatives presented to ratepayers include water infrastructure improvements, recreational facilities - largely in Greytown - upgrades to road and cycling pathways, and also for housing for seniors.

Costs for the infrastructure upgrades are to be spread over the next five years, leading to an average increase of 2.54 percent, and an increase of 1.5 percent for each of the following four.

Chief executive Harry Wilson said the authority needed to be "pessimistic in our view, but optimistic in our aspiration" in the fight against the expected economic downturn following the Covid-19 lockdown.

Wilson said Wairarapa was "in a pretty good place" to bounce back from the economic hit of the global lockdown.

"We have to take advantage of that in our economy.

In terms of overseas trade, the primary economy would be crucial, he said.

"We're a food cradle, which is really important. Winery and the associated benefits ... and the good things that flow from that."

He said although the expected halt to overseas tourism was an obvious hit, South Wairarapa was well placed to take internal travellers.

"Long story short, there might be some short term economic impacts, but if there's any economy that's well balanced to actually recover fast, I expect it's ours.

"We have a large population [nearby] in Wellington, an urban centre, and people are going to want to move out and explore the world around them, as they have done before, but now even more so.

In answer to a question from councillor Rebecca Fox on water, Wilson said officers had recommended that SWDC continues long term investment in water infrastructure.

A paper for options for rates relief in the aftermath of the Covid-19 epidemic will be discussed at council's next online meeting on Wednesday 29 April.