A new weapon, designed and made in Wairarapa, may be brought into the battle to defend the region's southern coastline from the elements. 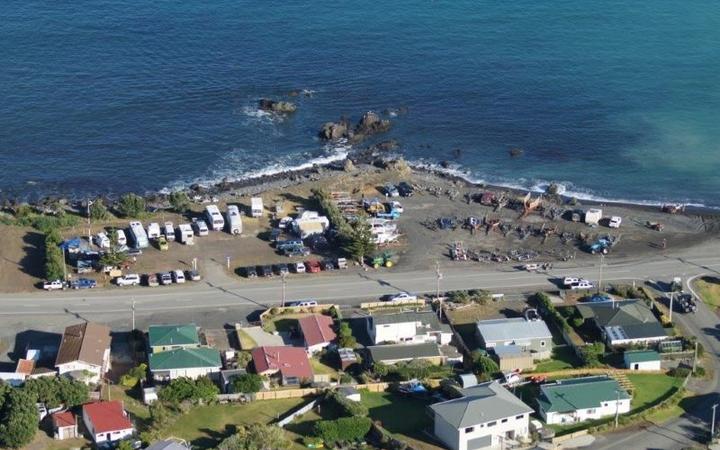 South Wairarapa District Council (SWDC) is keen to trial a new man-made "Eco Reef" system as it looks to enhance Palliser Bay beaches and preserve roading close to the coast.

The district's shoreline, which makes up the southernmost tip of the North Island, bears the brunt of the weather from the Cook Strait and Pacific Ocean. Roads and beaches around Palliser Bay take a pounding whenever storms hit. 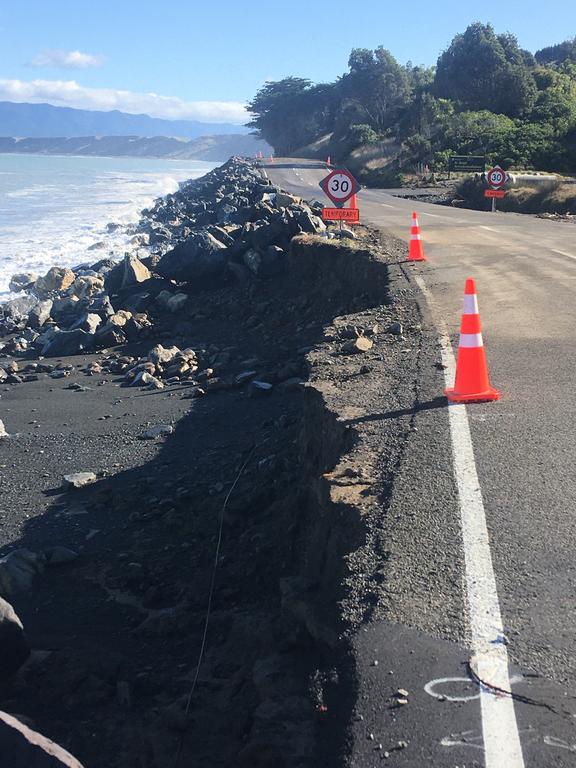 Currently, boulders from the Central Plateau are used to protect the coast and nearby Cape Palliser Rd from winds and waves.

The stones are losing the fight against the elements.

The reef would be made up of interlocking 500kg, 1.4m-wide hexagonal concrete blocks, made in Masterton. They would be constructed along the coastline, in three specific areas.

The construction would be bolstered by local aggregates, and the beach's sands. The bay's native flora and fauna would be encouraged to develop on it.

Storms earlier this week hit the coast, with bad weather during lockdown already contributing to the road damage.

SWDC wants to deploy the reef in three sections of coastline as a trial - at Turner's Bay, Hurupi, and Buckley. The three sites would also allow the trial to compare to other areas on the coastline.

They proposed a trial of anywhere between six and 12 months.

Brian Jephson is an SWDC councillor and has been a long term resident of Palliser Bay.

Jephson said the scheme would benefit the district, if approved.

"One of the big issues we have is that we can't get the rock locally, it comes from Ohakune. The sea is taking a lot of the rocks right out. They've seen the need for it, and the design interlocks and you can use local aggregate to fill up, and you can use native plants.

"The way the reefs would take the water - water is the greatest force on earth - but the design depowers the water. The way the water works, it sucks back the rocks, but the reef won't suck back, because it's set."

Jephson said he also had concerns about the existing rocks as a safety hazard.

"You see kids in the summer on the rocks, climbing over them, and you don't know how stable they are."

Jephson, who sits on the committee, said he would think any potential trial should take in two years to assess storm seasons.

In 2011, SWDC and Greater Wellington Regional Council agreed a 35-year consent to use coastal barriers along a 25km stretch of land.

According to the report in the committee meeting agenda, the Department of Conservation (DOC) initially opposed the consent application. DOC's amendments were included in the final consent.

SWDC officials said they were eager to emphasise the concept is still going through the consent variation process, with nothing decided on at this stage.

Any trial would only start should GWRC approve the consent changes.