New Zealand First has once again opted not to name any donations from the mysterious foundation bankrolling the party on its electoral return.

But an electoral law expert said the party did for the first time seem to be including donations to the New Zealand First Foundation in an aggregated total - which called into question the accuracy of returns from previous years. 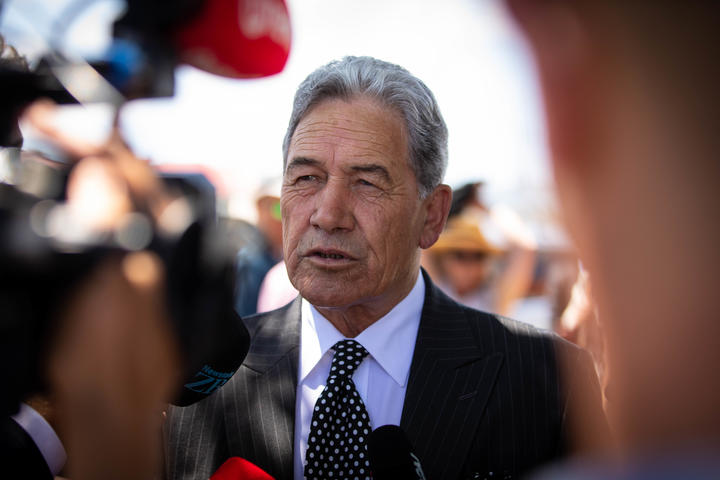 And for the first time since 2008, the party has named two external donors in its returns - a Wellington property investment company that agitated strongly against a capital gains tax and a wood exporter who owns a private island in the Bay of Islands.

RNZ reported earlier this year that the foundation received at least $88,000 from donors in the first seven months of 2019.

The foundation went on to spend more than $120,000 in that period on expenses for the party, including fees to run the New Zealand First website.

None of that money is clearly declared on the party's 2019 return, published last night, despite the Electoral Commission saying earlier this year that it believed the foundation money should have been treated as party donations.

It referred the matter to the police in February, which immediately passed the case to the Serious Fraud Office (SFO). The SFO is still investigating.

The party did declare a loan from the foundation, for $44,923 on 24 April, which the party repaid less than a week later.

Under electoral law, as well as naming donors who give more than $15,000 in a calendar year, parties must also declare the total amount of any smaller donations of $15,000 or less.

It is not clear whether the individual donations the foundation received are included in that total, some of which were just under the $15,000.01 level at which the donors' names would have to be made public.

NZ First party secretary Liz Witehira, who is responsible for signing off the electoral return, did not respond to RNZ's requests for comment.

That raised questions about how the party had declared donations in previous years, Geddis believed.

"It also calls into question the robust assurances that [NZ First party leader] Winston Peters has given that the law was correctly followed in those earlier years."

The underlying problem was the $15,000 threshold before a donor's identity had to be declared, Geddis said.

"What we see is, in essence, the New Zealand First party has received something like $150,000 from 13 individuals. We have no idea who those 13 individuals are, we've no idea of their links to the party, what they might want from the party - and, frankly, I don't think that's really a good enough situation to have in New Zealand."

It was too late to reduce the threshold for the election this year but he wanted to see that happen in the next election cycle, he said.

NZ First did declare two big donors in its 2019 return.

It is the first time New Zealand First has declared any large donations since 2008, when the racing industry Vela brothers gave $100,000 and former Cambridge Stud owner Sir Patrick Hogan gave $11,999.

Two of the party's own MPs, Tracey Martin and Darroch Ball, donated in 2014.

However, in 2019, the party received $28,175 in donations from Andrew Kelly, who was a director of pine products export company Lumberlink until February this year and is still listed as the company's general manager.

Kelly also owns most of pest-free Motuarohia (Roberton Island) in the Bay of Islands, which he has been restoring to native forest as part of a public-private partnership.

He donated in five monthly instalments of $4025 between April and August last year, making a sixth donation of $8050 in December.

Kelly said he did not think he had ever voted for NZ First and his donations were "purely a mate supporting a mate".

"I live in Tauranga and I consider [NZ First MP] Clayton Mitchell a friend."

He had previously donated to the campaigns of Labour ministers Stuart Nash and Peeni Henare.

Caniwi director and shareholder Troy Bowker was an outspoken critic of the government's proposed capital gains tax, which was killed off after NZ First refused to support it.

Like Andrew Kelly, Caniwi donated to NZ First in monthly instalments of $4025, rounding off its donations with a double instalment of $8025 in December.

Kelly confirmed he and Bowker had collaborated on funding Stuart Nash's 2014 campaign but said he did not have anything to do with Bowker's donations to NZ First.

"Troy does his thing and I don't tell Troy how to spend his money."

In February this year Bowker said he had not given NZ First any money in the current electoral cycle and the last time he could remember donating to the party was 2011.

RNZ attempted to contact Bowker today to clarify his earlier statements but was unsuccessful.

The Serious Fraud Office has said it was on track to make a call before this year's election as to whether it would lay charges in relation to the foundation.

"The SFO's pre-lockdown timetable for the investigation in relation to the New Zealand First Foundation would see us completing the investigation before the September election date," director Julie Read said last month.