NZ First leader Winston Peters says there is a separation between the party and the foundation. Photo: RNZ / Dom Thomas

In a rare statement today, the Serious Fraud Office (SFO), which normally gives little away, laid out its timetable for the investigation, which has faced challenges because of the Covid-19 lockdown.

"At this stage, we are progressing the investigation under the current lockdown restrictions and are still on track to complete it within that timeframe."

However the logistical challenges of the lockdown meant the SFO could not set an exact date.

"Our actual completion date will be dependent upon our ability to conduct certain interviews as well as other tasks which can only be completed at lower alert levels and the cooperation of those who hold information relevant to our investigation."

The SFO offices had been closed during the pandemic and the entirety of its workforce had been working from home rather than conducting face-to-face meetings.

Prime Minister Jacinda Adern has set the election date for 19 September, although New Zealand First leader and Deputy Prime Minister Winston Peters has been pushing for a 21 November election, because of the difficulties of holding one during a pandemic.

In February the Electoral Commission said it believed the New Zealand First Foundation had received donations which should have been treated as party donations and had referred the matter to police to investigate.

The police referred it on to the Serious Fraud Office on 11 February and a week later the SFO launched a formal investigation.

The investigation followed revelations by RNZ and Stuff that the foundation received donations from entities connected with some of the country's wealthiest people in the business, fisheries and horse racing worlds. 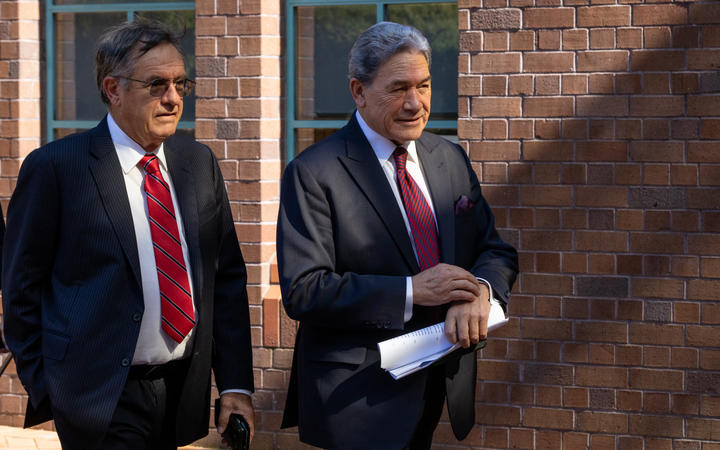 Winston Peters with his lawyer Brian Henry, who is a trustee of the New Zealand First Foundation. Photo: RNZ / Dan Cook

Leader Winston Peters distanced himself from the foundation when it first came under scrutiny in November last year.

Asked by reporters if he could explain what role the NZ First Foundation played, he responded: "I look after the political wing of the NZ First party. That's an administrative matter and you've got to ask somebody else."

But documents leaked to RNZ show Peters was present at a March 2017 board of directors' meeting where the New Zealand First board agreed to the concept of establishing the foundation.

The documents contain a recommendation that Peters "select an appropriate legal adviser" to develop the foundation.

The SFO has been looking at multiple cases involving political donations, including probes into a National Party donation and money given to campaigns by the mayors of Christchurch and Auckland.