Māori and Pasifika populations are more vulnerable to Covid-19 and the effects of a recession. The combination could be devastating, reports Susan Strongman.

On the side of State Highway 35, on the East Coast, Tina Ngata grips a roadworker's lollipop sign with a latex-gloved hand. Her face is barely visible beneath a green felt cowboy hat and a surgical mask. Bolt upright, the sign stands a foot taller than she does. 'STOP', it shouts. 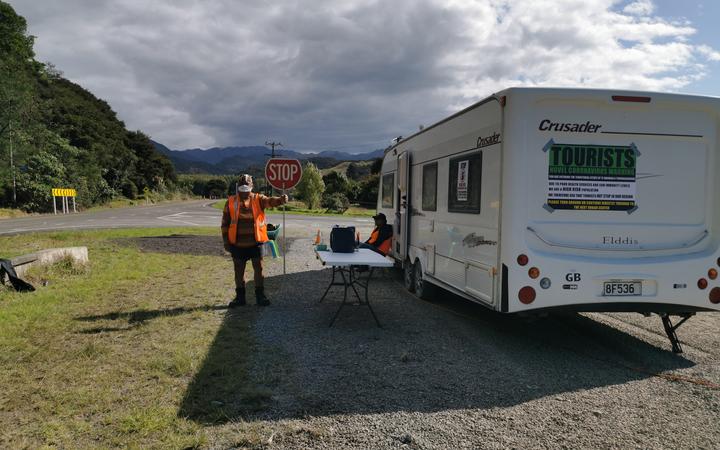 It's late March and Ngata, Ngati Porou, of hapu Te Whānau a Tuwhakairiora, is manning one of three checkpoints along the remote East Coast highway - in Wharekahika, Ruatōria and Te Araroa - in an attempt to keep people carrying the virus that causes Covid-19 out.

Although the virus was brought into the country by those in a financial position to travel internationally, the threat the pandemic poses is highest for our most vulnerable: those living on or below the poverty line, in low-quality housing, with precarious employment and poor health outcomes.

Add an economic crisis to the equation, which has already led to job losses and will likely pull more people into poverty, and the situation becomes more bleak. "People at the bottom of the pile get trampled on the worst when a recession happens," says economist Shamubeel Eaqub, "and this is going to be the mother of all recessions."

The cumulative effects of colonisation mean that in this country, the people at the bottom of the pile tend to be Māori and Pasifika.

Ngata knows only too well that in a place like the East Cape, where more than 90 percent of the population is Māori, the impact of the pandemic could be catastrophic. Hence the checkpoints. "We're aware our whanau who volunteered to do this have taken a certain level of risk themselves. We feel that not being here is the greater risk, because tourists will still continue to come through."

"As a population group, Māori have on average the poorest health status of any ethnic group in New Zealand," Director General of Health Dr Ashley Bloomfield told the Waitangi Tribunal in 2018. Chronic conditions like diabetes, respiratory illness and heart disease affect both Māori and Pasifika communities at higher rates than the rest of the population.

Māori health inequities are not only caused by medical issues, but by low income and poverty, low paid jobs or unemployment, lack of quality education, and inadequate housing. Māori are more likely to report cost and a lack of transport as a barrier to seeking medical help, and are more likely to not collect prescriptions for the same reasons.

Socio-economic deprivation is compounded by other factors, Bloomfield told the Tribunal. Personal and institutional racism is significant on both the determinants of health and on access to and outcome from health care itself and is associated with poorer health, including poorer mental health.

But at this stage, it's hard to draw any conclusions from that, says public health physician and academic Dr Rhys Jones, Ngati Kahungunu, who is a member of Te Rōpū Whakakaupapa Urutā, the National Māori Pandemic Group.

"You would expect that the more well-off, middle class, upper middle class might be over-represented in those groups that are returning [from overseas]. So the fact that we have seen Māori and Pacific peoples relatively underrepresented in the Covid-19 cases, shouldn't really come as a surprise and shouldn't reassure us that all is well and good in terms of equity and in terms of Māori, Pacific and other marginalised communities being protected from the pandemic." 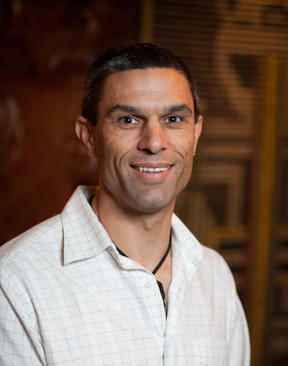 Jones, like Ngata, worries that if Covid-19 does get into Māori and Pasifika communities, it could spread rapidly. Higher rates of cancer, diabetes, heart and kidney disease, and respiratory problems occur in those populations at a younger age. Overcrowded and multigenerational living situations could expose those higher risk people to transmission within their own bubble.

There are barriers to accessing primary healthcare services for these populations, and the quality of care provided can be lower, Jones says. "There's institutional racism at all levels playing out there, and those things are only going to be exacerbated in the context of a crisis like a pandemic, where our health services could potentially become really overwhelmed."

Some routine aspects of healthcare are being deprioritised to free up hospital resources for the pandemic, and there is evidence that people are avoiding going to hospital when they need to. Jones worries this will affect people living with the non-communicable diseases that are rife in those communities. "If people are potentially missing out on care for their blood pressure, or their heart disease, diabetes, whatever, those things are going to disproportionately impact on Maori and Pacific populations."

And then there's the socio-economic impacts of the level-four lockdown for those in precarious employment, living in poverty, struggling to pay the rent for their poor-quality, overcrowded housing.

It's people who are poor and vulnerable who bear the brunt of it, he says. "And unfortunately, it's also going to mean that it happens in those minority communities - Pacific people, Māori, recent migrants, people with disabilities. They're the ones who are going to struggle the most."

Jenny*, who moved to New Zealand from Samoa two years ago, is one of those people. She lives in a three-bedroom rental in Papakura, South Auckland, with her husband, and their two children, aged 1 and 4. The quartet share a single bedroom - five other members of Jenny's extended family occupy the rest of the house. "Living together is hard," she says. "It's really stressful sometimes. We are living with my brother and we argue sometimes because of the kids."

The house is cold, damp, drafty and there are fleas. There's one heater in the lounge, but it's broken. Jenny is struggling to make the payments on personal loans she's taken out to cover food, rent, power and water bills. Her husband is a roofer, but he can't work during lockdown. She doesn't know if he'll have a job to go back to when this is over. She's scared about the virus - her one year old has asthma - and she's scared for her kids' future.

At a government press conference the day before the country went into lockdown, Secretary for Education Iona Holsted told journalists a pandemic "reveals the inequity in our system; it doesn't create it." Dr Rhys Jones says this lockdown has highlighted how Māori and Pacific peoples - like Jenny's husband - are more likely to work in jobs that can't be done from home.

"People are [either] going to be forced to continue working and potentially maybe in unsafe situations where they're exposed to a greater risk of being infected with the coronavirus, or they're going to be out of work or have reduced hours."

Data compiled by Figure.nz backs this up, indicating that a greater proportion Māori and Pasifika peoples tend to be paid less, and work in jobs with greater levels of physical contact with others.

Yesterday, as the country headed into its fourth week in alert level four lockdown, Prime Minister Jacinda Ardern laid out what a move into level three could look like: "Level three is a progression, not a rush to normality. It carries forward many of the restrictions in place at level four, including the requirement to mainly be at home in your bubble and to limit contact with others. Protecting the health of New Zealanders is our primary focus but we also need to position the economy for recovery."

What this could mean for our most vulnerable is yet to be seen.

"It's very difficult to tell exactly what's going to happen when we do come out of lockdown," Jones says. "Obviously, we're not going to completely open things up and go back to life exactly as it was before. There will still be some restrictions. And I think it will depend very much on what those restrictions are, what control measures the government and the Ministry of Health leave in place and what the equity impacts of those things are.

"I think that there are ways in which the government could move into a lower level of restriction that continues to protect us and manage the outbreaks of the Coronavirus that might still occur, but at the same time tries to minimise the social and economic and other impacts, those broader impacts, especially on the most deprived and the most marginalised populations."

Today, more than three weeks since we last spoke, Tina Ngata is back at the checkpoint on SH35. Things that allow the rest of the country to look at the possibility of moving into level three next week - like tight border controls, increased testing and contact tracing, and a functioning health service - mean very little to a low-income community.

"I think for us as a community, we'll be making our own decisions about what level we're at. I guess you could say our community covenants how we are going to roll."