First Person - Geoff Muliaga Brown felt like his organs were being squeezed. He had major pain down the sides of his body. He'd coughed up blood again. He had a fever, couldn't hold down food. Then he started getting sharp pains around his chest. His breathing started to get worse. 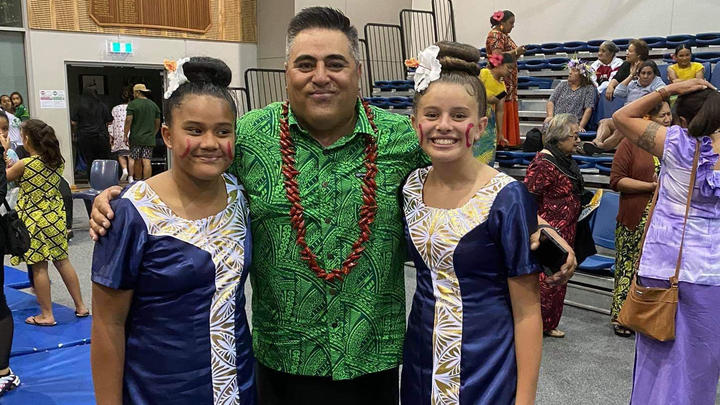 Not knowing what to tell the operator, he hung up and called Healthline instead. He was so weak he'd fallen asleep waiting to speak with someone. "Don't hang up on me," he pleaded, when he awoke to a voice on the line. "I can't breathe, I'm struggling, I'm really worried, I'm short of breath."

"Where's your pain?" he was asked.

He'd been tested for Covid-19 the day before, finally, after being turned away twice. Now he was being asked if he could drive himself to hospital. He could barely make it to the bathroom.

Brown is part of the cluster of positive cases from Auckland's Marist College, the largest cluster in the country.

He was one of the emcees at the Marist College Fiafia night on 14 March, the night the school's cultural groups come together to perform for family and friends ahead of Polyfest.

His daughter was in the Samoan group, and it had been a great night. The school had raised lots of money for their chosen charity, Samoan Victim Support. Two days later, Polyfest was cancelled. 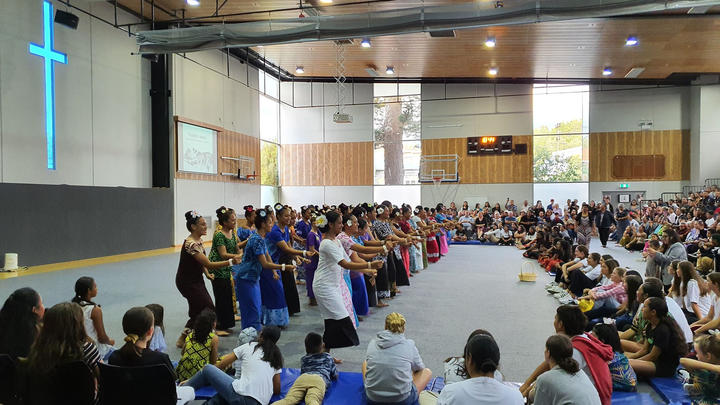 "We just never had any idea we were walking into something that would affect us, and connect us with this virus," he says.

Brown fell ill six days after that Fiafia night. He was bedridden. While rumours swirled about a teacher at Marist College who may have Covid-19, there was no official confirmation. He decided to isolate himself away from his family anyway. He wore a solo, or tea-towel, as a make-shift mask over his face, "Like the Samoan lone ranger." He decided early to act like he had the virus, he didn't want his wife or kids to catch what he had.

Coincidentally, his son soon received a call from his employer at DressSmart Onehunga. A young woman had tested positive for coronavirus. She worked there part-time, and was a student at Marist College.

It was this news that propelled Brown to make his first attempt at getting tested for the virus. He was sent home because he didn't meet the criteria.

A couple of days later he tried again at the same central Auckland testing station. By now the country was in full lockdown and he'd been listening to the prime minister's message about getting tested and trying to curb the spread.

He waited for an hour only to be seen by the same person, with the same questions. Had he recently travelled? What were his symptoms? He told the nurse that he had been at a Marist College event.

Once again he was told his symptoms didn't seem severe, and was told to go home and come back if he got worse. He drove home, frustrated.

By this point he'd had shivers, diarrhoea, a fever and had coughed up blood and lost his sense of smell and taste. He was exhausted all the time, lethargic. The virus felt invasive.

Then his temperature got worse, he developed a dry cough and "everything intensified".

That's when Healthline told him to go to the same central Auckland testing station. He refused. "I got turned down twice," he told the operator. "Oh, we've heard things about that," she replied.

He conjured up the energy to drive to the Mangere testing station in South Auckland and his persistence paid off: He was tested. "Totally different service. They cared."

Afterwards, he sat in the car park for half an hour, trying to gain the strength to drive home. He went straight back to bed. 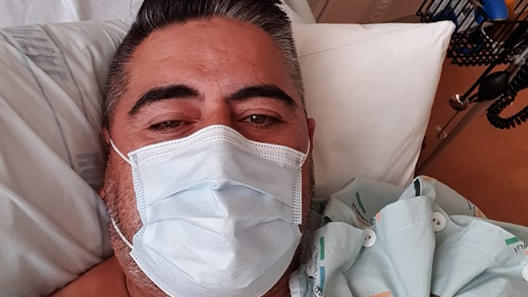 Geoff Muliaga Brown while in hospital with Covid-19. Photo: Supplied

The next day, his wife drove him to the hospital. Auckland Hospital A&E was unusually quiet. Medical staff yelled at their car from a distance, "What do you want?" "What do you have?" He still didn't know for sure, but he thought he had Covid-19. Like a scene out of a movie, nurses came out in their personal protective equipment (PPE). He didn't have the strength to walk. He was put in a wheelchair and pushed into the hospital.

Being in hospital made him feel better. Not physically better, but relieved he was going to be treated for whatever it was he had. Tests were done, including another Covid-19 swab, he was put in a negative pressure room, and then it was just him. Alone. Fatigued, but with his breathing still short and sharp, he didn't want to go to sleep.

At one in the morning, he reached out to an old rugby league mate, well-known Northland doctor Lance O'Sullivan. His mate reassured him, told him what he knew, what he could expect. Brown was emotional as he thought about his family, his wife, his kids. He doesn't pray every day, but he said a prayer then.

The nurses were angels so he lay in bed and did what they told him to. He remembers a Tongan nurse who took his mind off things - she was funny, she cracked jokes. They had a laugh together. "Not too much of a laugh, because I was finding it hard to breathe."

He prepared himself to fight; mentally, physically, spiritually. He knew he was getting better when he was strong enough to have a shower. His Mangere test result came back negative, but a couple of days later he got a call from the Ministry of Health confirming his second test had come back positive for Covid-19.

When he found out his wife and kids' tests had come back negative, he'd never been so happy in his life.

After five nights in hospital, he made arrangements to return home, though he'd need to continue to stay away in isolation. The night before he left hospital, on 31 March, a friend suggested he put a video online to inform his friends and family of what he'd been through. It was shared widely.

"I was angry. I was angry about the process, I was angry about what happened to me. I wouldn't want it to happen to other people. Imagine if they were older. Imagine if it was a lo'o'matua, or a toea'ina an older or elderly person, or someone with no car. No car, no money, or no phone. Some people are in those circumstances. That's why I voiced what I voiced online."

Earlier that day, Prime Minister Jacinda Ardern had announced that the criteria for testing had been widened to include people with Covid-19 symptoms who did not necessarily have a history of travel or exposure to another case.

Brown hopes to leave his isolated 'bubble room' and join the rest of his family soon. All of his symptoms have cleared, but even once he can share the same room as his family, he says he will continue to keep his distance.

It's been a mental strain on the whole aiga. "My wife has been playing nurse, I think she's had enough. I think she wants to get back to normal. It's a lot of pressure on her. And we've got to deal with the other issues too, all the mental stuff like our work, everything is changing for us, our family, school, my daughter doesn't see her friends. It's a lot of major upheaval for a lot of people."

He stresses people should listen to their body, get tested if they have any signs of Covid-19 and be persistent. "Don't do what I did. Don't just drive off. Maybe be theatrical. Play the role. I was that silly Samoan that went, 'OK, Damn it'. And went home."

"Just be kind," he says "We'll get through this together."