A huge drop in emergency and acute patients at hospitals could be just the beginning of a healthcare "mess" that will need cleaning up when Covid-19 is no longer the only game in town, doctors say. 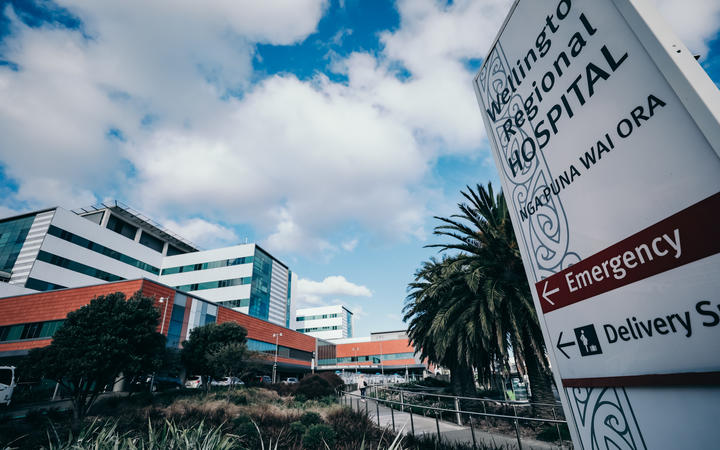 On a regular day, the emergency department at Wellington Regional Hospital (pictured) would see about 190 patients a day. Photo: RNZ / DOM THOMAS

A leading heart failure specialist is among those concerned that lives could be lost through people failing to seek treatment during the pandemic.

And another fears that a drop in pathology testing could mean cancers and coronary disease go undetected for longer, while cancelling or postponing elective surgery could mean some patients end up in hospital in a much more serious condition.

Emergency departments around the country said the number of people showing up each day had halved since the government began introducing Covid-19 restrictions.

On a regular day, the emergency department at Wellington Regional Hospital - one of the country's largest - would see about 190 patients a day. At the moment, it was averaging 95, a spokesperson said.

At Dunedin Hospital, it was not unusual for occupancy to run at 105 percent - more patients than there were beds. On 5 April, when RNZ enquired, the occupancy was 66 percent.

Australasian College of Emergency Medicine president John Bonning - a Waikato emergency medicine specialist - said emergency department patients had dropped "fairly precipitously" in the fortnight since New Zealand's level 4 lockdown began, to 50 to 60 percent of normal across the board.

Pathology testing had also dropped "to a fraction of normal", he said, while staff in other specialities reported large drops in acute patient numbers to RNZ.

Auckland's acute surgical unit - an extremely busy department - usually has anywhere between 40 and 70 patients a day. Last Saturday, it had eight patients.

And at Dunedin Hospital, the acute general surgery load was fluctuating between 30 and 50 percent of normal.

Nelson Marlborough District Health Board chief medical officer Nick Baker said there were some upsides to everyone staying home.

The lockdown was not only stopping the spread of Covid-19, he said, but also suppressing other infectious diseases that could end in serious illness, such as gastroenteritis and flu.

But John Bonning said there was another, much more worrying, category of patients missing.

"There is a feeling now that some patients are not coming to ED when they should and are presenting late with conditions such as appendicitis or abdominal conditions and they're presenting with perforated bowels and very sick."

That mirrored what other countries such as the US and UK were experiencing, Dr Bonning said.

He knew of at least one death in Australia where a patient with a bowel infection turned up too late to be saved. Asked if he worried that could happen in New Zealand, he replied: "Yes - very much so."

He gave several reasons for why people might be avoiding hospital.

Potential patients should not be fearful about coming to hospital during the pandemic, he said.

Most emergency departments had created a pre-triage questionnaire to check for Covid-19 symptoms, splitting patients into separate high-risk and low or no-risk areas for treatment.

Cardiology patients were among those missing from hospital wards.

Mayanna Lund, the New Zealand chairperson of the Cardiology Association of Australia and New Zealand, said cardiovascular disease, including strokes and heart failure, was the country's number one killer - bigger even than cancer.

"We know that although Covid virus is this huge existential threat to the world and to health systems, which are being overwhelmed in some jurisdictions, that more people are going to die of heart disease in New Zealand than of Covid."

Dr Lund, a heart failure specialist at Counties Manukau Health, said she was particularly worried about those with a serious type of heart attack called a STEMI - ST-Elevation Myocardial Infarction - when one of the heart's major arteries is blocked.

Caught early, the artery could be opened up, protecting the heart muscle from dying and saving people from death or future heart failure.

But globally, admissions for STEMI had dropped by up to 80 percent in some countries since the Covid-19 pandemic as people stayed away from hospitals, Dr Lund said.

She was waiting on hard data for New Zealand but concern was rising among her colleagues that a similar trend was developing here.

"I'm hearing from my friends around the country that we're also seeing fewer people come in with STEMIs… Most of what I can say is from people, 'Gosh, we're seeing people late', or we're not seeing as many people come through."

She said with all the challenges of the lockdown it was possible people could wrongly attribute serious symptoms to stress.

"But if people are developing central chest tightness or difficulty breathing, that comes on suddenly and is lasting for time, especially if it's making them sweat or feel very different to anything they have felt before, they should call 111 in the usual way as soon as they can."

While acute patients were the most obvious absentees, John Bonning said there were other people missing out on healthcare because of the decision to postpone or cancel most elective surgery and hospital clinics.

"Today's gall bladder that's not taken out as an elective procedure presents as acute gall bladder infection and inflammation in a week's time or a month's time. The person that doesn't get their angiogram and angioplasty for their blocked coronary arteries, that aren't acutely blocking, turns into a heart attack a week, a month, six months later."

The decision to postpone non-acute healthcare was necessary but would create a difficult aftermath to the Covid-19 crisis, Dr Bonning said.

"There'll be a big mess to tidy up because so many other aspects of healthcare have been shut down," he said. "I'm concerned about cancer patients, for example, who might not have as much access to diagnosis and treatment - and I'm potentially talking about people who don't know they've got cancer because we've had to shut down so many clinics."

Doctors and other health workers were acutely aware of that, he said. "[It's] not through any conscious failing of government, of the healthcare systems, or that our healthcare system isn't good enough - it's just the nature of the beast that everything is totally focused on this virus."

It was a little too early to get elective surgery going again, though. "We are still holding our breath to get to the end of our four weeks of level 4 lockdown ... and then, if we have truly squashed the curve as opposed to flattening it, we will look to potentially do just that," he said.

"Trust me - these things are being thought about on a day-to-day and week-to-week basis."