Winston Peters says New Zealand First has done nothing wrong with its donations regime, nor has he as leader. 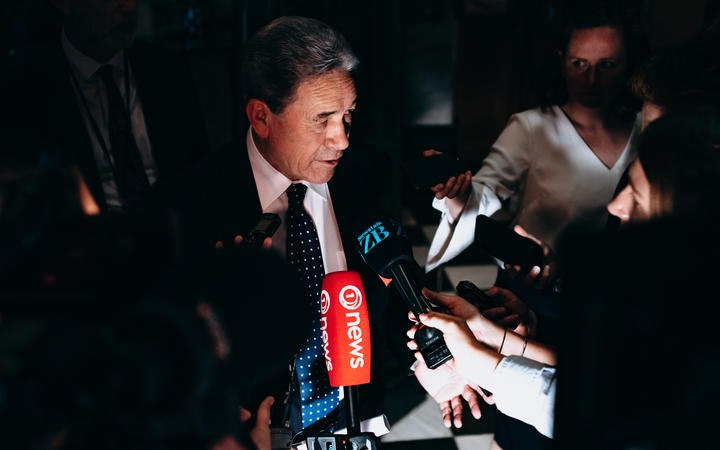 It follows a complaint to the Electoral Commission late last year about whether the party and the New Zealand First Foundation were complying with requirements for donations and loans.

Peters denied any wrongdoing, but was distancing himself from the Foundation.

"I'm not subject to any investigation here, and nor in the sense is New Zealand First - that's the end of it."

Yesterday, the Electoral Commission said based on the information available, it had formed the view that the New Zealand First Foundation had received donations that should have been treated as party donations.

It referred the matter to police, which promptly passed it on to the Serious Fraud Office.

The Serious Fraud Squad (SFO) would consider "the evidence and proof" that would be needed to come to such a conclusion, said Mr Peters.

"And they would have no such proof and no such evidence and we've got a legal opinion to back up what we've said."

The party's role was not to try to predict the outcome, he said, but to co-operate fully with SFO, an expectation that should hold for other political parties as well.

Today, Prime Minister Jacinda Ardern told media on her way into Labour's caucus meeting this was not a new situation but it was not something that should be trivialised either.

"I do think if we want to uphold our status as number one in the world for transparency and anti-corruption, if we want to maintain the New Zealand public's belief in our democratic systems, we do need to be willing to look at these rules and regimes."

She said this was not the time for looking at the country's electoral rules and she would wait for the SFO to complete its investigation.

Ardern spoke with Peters yesterday after the matter had been escalated to the SFO. She said there was nothing different about his mood from any other day.

"We need to be clear about who is involved, or is found - if indeed that is the case - to be found involved in wrongdoing. Not all party leaders are directly involved with party fundraising," Ardern said.

New Zealand First is not alone in its dealings with the SFO - last month the watchdog began pursuing criminal charges over an alleged $100,000 donation to National, but not against the party or its leader Simon Bridges.

Ardern today said there may well be lessons to be learned from that criminal case "involving the National Party".

Bridges is urging the Serious Fraud Office to act swiftly, so voters have some idea of the outcome of a possible investigation into the New Zealand First Foundation.

Bridges today said the SFO should take heed of the election, as it considers the Electoral Commission findings - that some money given to the foundation was not properly handled or declared.

"Voters have a right to know the decisions by the SFO before the election, that's incredibly important," he said.

On the matter of trust within the coalition, Ardern would not answer at her weekly post-Cabinet press conference yesterday whether she trusted Peters.

Today she said it was implicit in her response.

"I work with him every day. I couldn't operate this government without a trusting relationship with Winston Peters."

She said the first she knew of the New Zealand First Foundation was when she saw media reports last year, but she was not prepared to pass judgment on it until the SFO had reached a conclusion.