Two of National's current support partners say Bill English is ignoring the realities of governing under MMP by telling people not to vote for the minor parties. 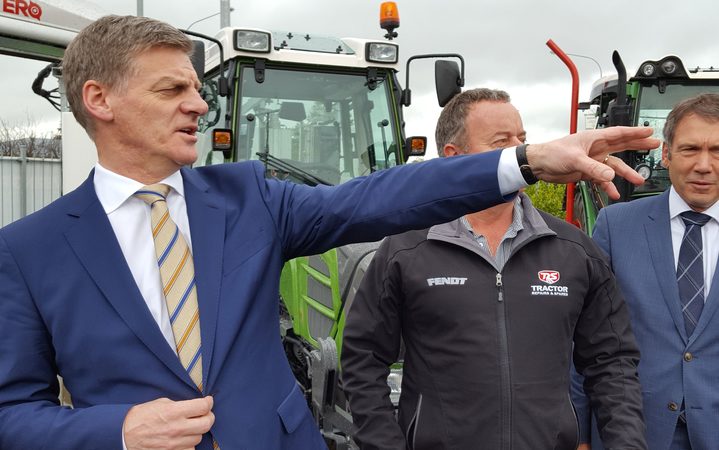 On the campaign trail yesterday, Mr English said voters should cut out the middle man and back either National or Labour.

But under MMP, neither National nor Labour has ever been able to form a government without the help of minor parties.

"The reality is that every party vote for ACT will count and coalitions will be critical in this government. Bill English should start working with that, instead of denying it.

"If he thinks he can govern alone, he's frankly deluding himself and his supporters," he said.

Māori Party co-leader Te Ururoa Flavell said he understood why National was chasing the party vote but said neither of the major parties could govern alone.

"To make up the numbers - the magic number being 61 or possibly 62 depending on how the cards fall - in the end they do need the minor parties and we become a very important ingredient when it comes to making up coalitions or otherwise," Mr Flavell said.

"Bill English is desperate, he's been found out to have sold out the regions and the provinces, he's been the servant of big business in downtown Queen Street, and the more farmers and provincial people know that the better, and that's why he's scared."

Green Party leader James Shaw said Mr English's comments were self-serving and showed National had realised the only way it would be able to form a government was by knocking out the Greens and New Zealand First.

"It is absolutely an acknowledgement of the reality that he can't form a government at this point because he doesn't have any friends."

Meanwhile, the Greens have taken the step of releasing a video that explains why a vote for them is a vote for a Labour-led government.

Mr Shaw said in recent weeks, a lot of people who usually vote Green had told him they were considering voting Labour to ensure a change of government.

"The problem is what they clearly don't understand is that every vote that goes to the Green Party adds to the Labour Party total, and increases the chances of a change of government

The Greens have never been part of a coalition government, having been snubbed by the previous Labour government under Helen Clark.