Advance votes could point to an early result on Election Night, but special votes mean the drama might not be over for weeks, writes law professor Andrew Geddis. 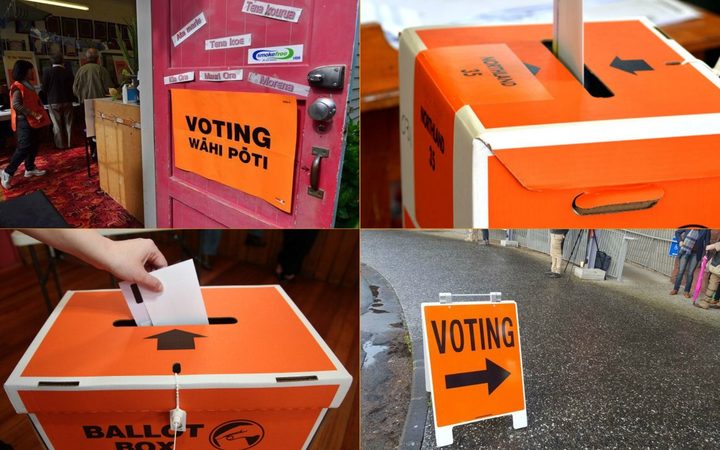 Now we've entered the last week of the election campaign, Saturday's finishing post is in sight. Once the polls close at 7pm on that day, no further ballots may be cast.

Then the really fun part begins as we wait to find out what the public collectively has decided. As it is illegal to conduct "exit polls" of voters on election day, the media has no way of accurately forecasting what the result will be.

That fact leaves those covering the election, as well as those contesting it, just as much in the dark as those of us watching and listening at home.

In 2017, we can expect the result to become clear both more quickly and later than we have been used to in the past. Let me explain what I mean by that apparent contradiction.

First of all, the ever-increasing number of votes cast in advance of election day itself means the election night result will become obvious sooner than we are used to.

Nearly half a million people have already cast an advance vote, with 45,822 making their decision yesterday - the first year advance voting booths have been available on a Sunday.

Election officials can begin counting 'early votes' - the advance votes cast by voters on the printed electoral roll for the electorate they voted in - at 9 am on election day. Their count of these early votes then becomes publicly available very shortly after the polls close.

If the Electoral Commission's predictions are accurate, this means up to half of all votes may have been counted and made public at this point. And in the previous two elections, the preference distribution of these early votes quite closely matched the final election night result.

Furthermore, as we can expect fewer votes to be cast on election day itself, these can be counted and reported more quickly than usual after the polls close. It may therefore be an early night for those waiting to see a final election night vote tally.

However, this count is not the final election result. Not included in its total are "special votes" - that is, overseas votes and all ballots cast by voters whose name is not on the printed electoral roll for the electorate in which they are voting.

Such special votes are counted once the voter's eligibility to vote is verified, so they are only included in the official result announced some two weeks after election day.

In 2014, there were some 300,000 valid special votes cast, making up one-in-eight of the total ballots. And the preference distribution of these special votes differed markedly from those counted on election day itself.

Once special votes were included, National lost a seat and the Greens gained one. That did not stop National from governing in 2014, but it might matter in 2017 if the election really is as close as the polls appear to forecast.

Furthermore, special votes could be even more of a factor this election. For the first time, the Electoral Commission is enabling unregistered voters to enrol at advance polling places and then immediately cast a special vote.

Although this service only applies to advance voting; voters cannot enrol and vote on election day itself.

It seems likely that this innovation will result in even more special votes than at previous elections. And again, if those casting special votes differ markedly in their preferences from those whose votes are counted on election day itself, it may result in the final election result differing even further from the election night vote count.

All of which may mean that even when the election is over this Saturday, it might not really be over. In fact, it may well be another two weeks before we can know for sure what has happened.

* Andrew Geddis is a professor of law at the University of Otago.