The latest advance voting numbers are out - bringing the total to nearly half a million people. 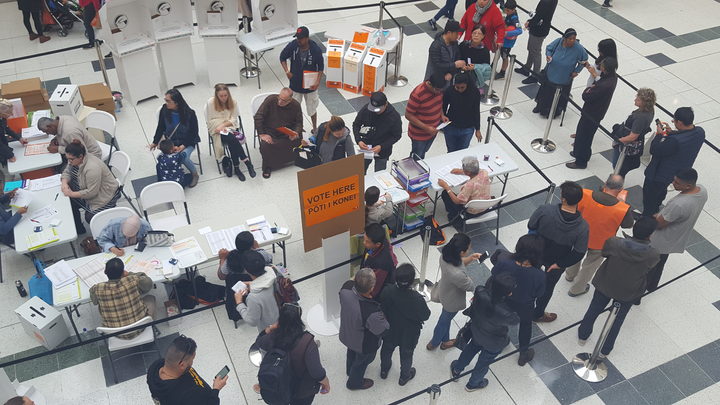 Yesterday, 45,822 people voted at the advance booths, of which about a quarter were open.

Booths were in shopping malls, libraries and supermarkets.

It's the first year advance voting booths have been available on a Sunday.

The total number of people who have voted so far is just over 445,000.

However, the Labour Party is concerned voters who aren't enrolled are being turned away from advance voting booths.

Those eligible should be able to enrol and vote in one go at the advance booths.

"We know that we've got quite a few young people, who need to get on the roll, who like our policies and it would be a real shame if some of them were turned away.

"I've heard of multiple reports and I'm sure that's only a fraction of what's happening around the country, so we really hope this is cleared up as quickly as possible."

Mr Kirton said Labour had raised the matter with the Electoral Commission.

In a statement, the Electoral Commission said it was important that all voters were able to have their say in this election.

"We want everyone to have a good experience at the voting place, and if that doesn't happen, we would like to hear about it from voters," said the statement.

The commission is encouraging anyone who has concerns to get in touch so it can investigate.

It said if voters were concerned about their experience at a voting place, they should send an email including as much detail as possible, including when and where they voted, to enquiries@elections.govt.nz.

About 80,000 people placed their ballots on Friday, with nearly twice the number of votes cast so far compared to the same time in 2014.