Analysis - After a month on the road with both Labour and National, Chris Bramwell compares their very different campaigning styles. 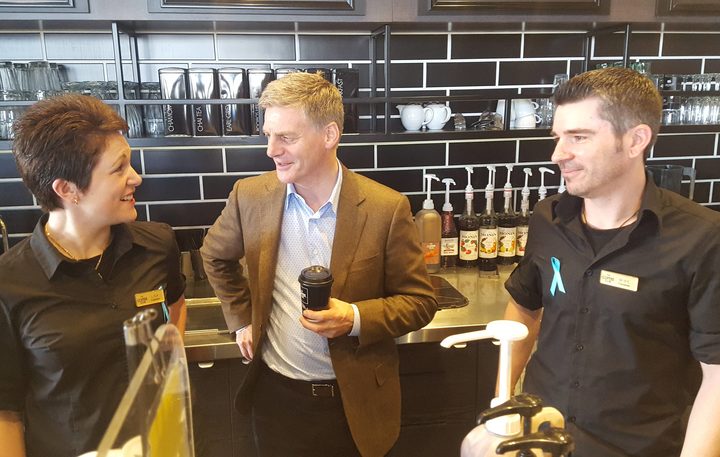 Mr English at a coffee shop in Rotorua on the weekend. Photo: RNZ / Jane Patterson

For many voters the election campaign is the only time they engage with or take notice of politics, and it's these crucial swing voters the campaign is geared towards.

In the lead up to polling day, political parties become acutely focussed on every minute detail of their leader's actions and statements, and how they will be perceived via the media lens.

The campaign days are about media attention, with events carefully selected to illustrate a certain policy or message, and to maximise positive coverage.

Political reporters get a rough outline of the leaders' schedules a week in advance so they can book flights, and the detailed daily schedules are released the night before each day on the road.

But in 2017 that is where the similarities between the two main parties' campaigns end. 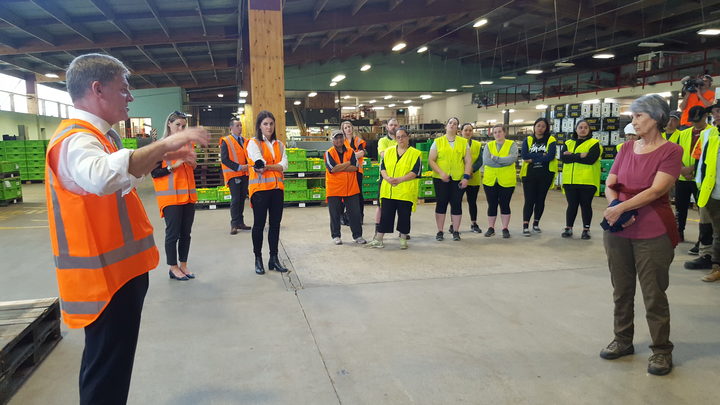 Reporters dash from one event to the next, often just keeping pace with the Crown limousine or, because there is little time for reporters to file news stories, events get skipped as deadlines loom.

Mr English's day regularly includes at least one cafe stop, where he normally chows down on a scone or a pie, and has a quick chat with the staff or patrons.

There is the occasional mall walkabout, but certainly in the latter part of this campaign there has been a strong focus on farmers meetings, packhouses and industrial sites.

This is predominantly to provide a platform for National to attack Labour's plans for a water levy and its proposal to make agriculture face the cost of its greenhouse gas emissions. 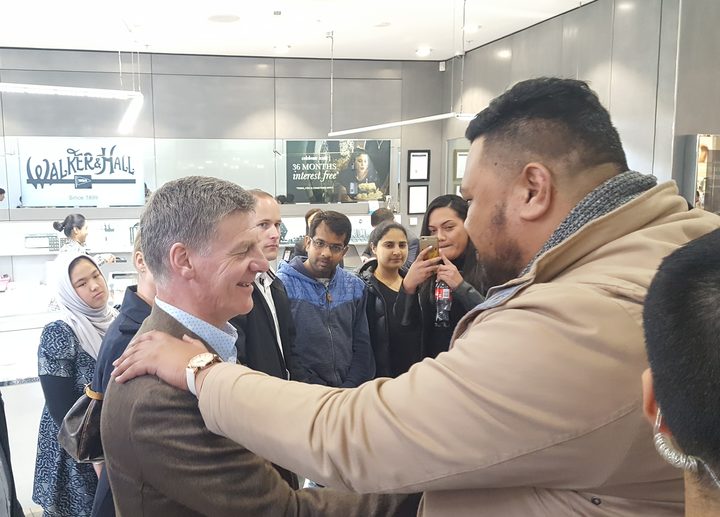 Such events normally provide an easy hit for Mr English, but occasionally it goes horribly wrong, like last week when a packhouse worker hit him up about the minimum wage in front of the nation's media.

Those encounters are always a risk, and given Mr English is leading a party which has been in power for three terms, he is vulnerable to surprise protests or disgruntled people derailing events.

This has meant a tendency to shy away from big public events, and even the mall walkabouts includes a large contingent of National Party supporters to help keep the crowd positive.

By nature, Mr English is a likeable person, with a dry sense of humour and a genuine interest in people.

On the campaign trail this means he often ends up talking to people for too long, while his staff dance around trying to direct him to the next event, and given there are so many in his schedule it appears to be a constant challenge.

Smalltalk is not his forte it has to be said, and short interactions are sometimes stilted, but if he hits it off with someone his staff can often have a hard time tearing him away. 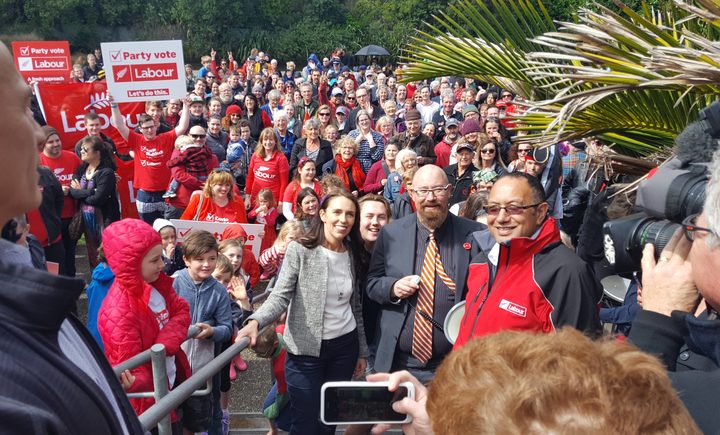 By contrast the Labour leader's campaign is slower paced with fewer events in the daily schedule, though it is carefully curated to ensure there is a specific event earlier in the day with good 'colour' for reporters.

It is by no means as grueling as Mr English's and as a reporter covering the Labour campaign it means less chance of missing events or having to skip engagements to get news stories done.

Its leader, Jacinda Ardern, spends more time with people at each event, allowing for the relentless demand for selfies.

She appears comfortable in a crowd and is immediately able to put people at ease with her warm manner and easy smile.

Because she is a new leader, and the agent of the so-called Jacinda Effect, Ms Ardern is constantly having to shoehorn a huge number of international media demands into her campaign schedule. 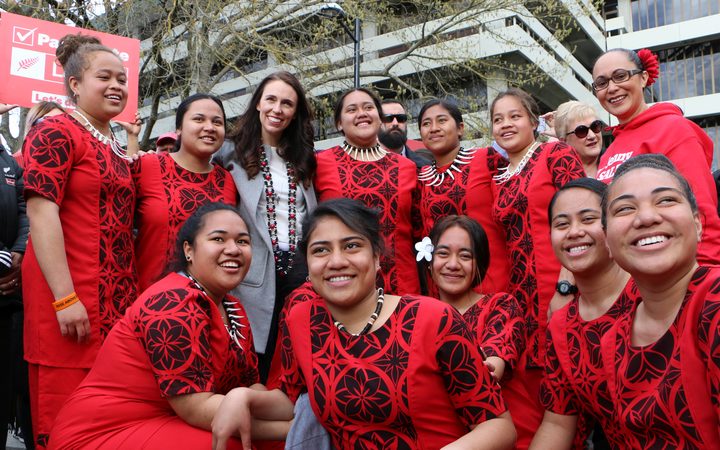 Accusation from some quarters early in the campaign that her schedule looked a bit lightweight compared to Mr English's led her staff to start listing all the media appointments at the bottom of the daily diary.

Both leaders are also spending time talking directly with voters via social media with regular Facebook live events, where they answer questions posted before and during the event.

The coming week will see more of the above, but with an increased intensity as the campaign draws to a close.

You can expect to see National's bus rolling up the country this week, but Labour has done away with the traditional final days bus tour, in fact this election it decided to ditch the bus idea altogether.

Perhaps it's illustrative of what Ms Ardern would call 'generational change' or the fact that she had very little lead in to this campaign - but the way Labour has approached the 2017 race is to do away with tradition and go for a more streamlined and targeted approach.

In just six days it will know if that's paid off. 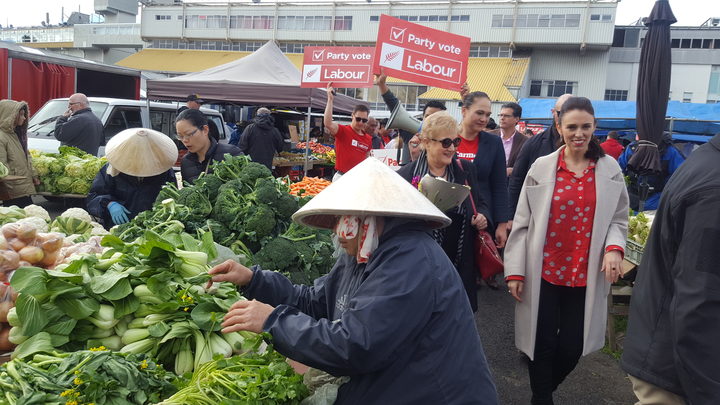