The Tatua Co-operative Dairy Company has announced an annual operating profit of $99.7m and confirmed last season's milk price at $6.30 a kilogram of milk solids. 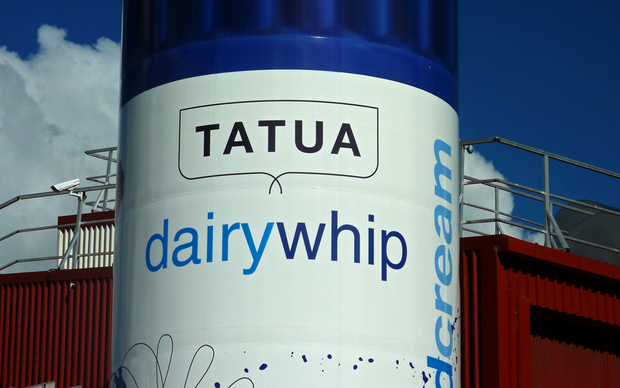 The board has also declared a pre-tax retention of 11 cents per kilogram of milksolids.

The Waikato based co-operative has 113 suppliers and exports 95 percent of its products to more than 60 countries, with offices in Japan, USA and China.

"It's been a tough year generally for everybody, for the whole industry, but we're very fortunate and very grateful for the result that we've managed to achieve.

"We said to our farmers this time last year when we were forecasting that we were expecting something between $5.50kg/ms and $6 and we've slightly exceeded that so we're really satisfied."

The good payout in a challenging year for the dairy sector was thanks to a combination of factors, said Mr Allen.

"The most important thing we've got is great people who are really engaged with what we're trying to achjeve, we have a real drive to produce as much in the added value area as we can, and that's probably our biggest hedge against any commodity down turn."

He said Tatua had set a cautious forecast milk price for this season.

"We've actually set a similiar forecast, so again we are forecasting in that mid $5 to $6 range, depending of course what happens over the next six months.

"Our sense of things is that at the moment although we've had a lift in international prices in the recent four or five weeks we feel that things could just move sideways for a little while.

Mr Allen said at this stage there were no plans for expanding production, as they wanted to consolidate what they have.