Multi-billion dollar pharmaceutical deals being struck are set to re-shape the entire industry.

The first is a swap between the Swiss giant Novartis and the British-based GlaxoSmithKline, which started life trading milk products in New Zealand in 1873. 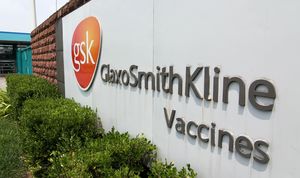 Novartis will pay $US14.5 billion for Glaxo's total oncology unit.

In return, Glaxo will pay more than $US5 billion for most of Norvartis' vaccine business.

Both Novartis and Glaxo say the deal allows them to acquire assets that each company wants and to focus on a particular stream of pharmaceuticals.

Other deals in the wings involve Valeant Pharmaceuticals, botox-maker, Allergan, Pfizer and AstraZeneca.