Qantas is appealing to nationalism as it seeks to prevent rivals Air New Zealand, Singapore Airlines and Etihad of Abu Dhabi from getting a foothold in the Australian domestic market. 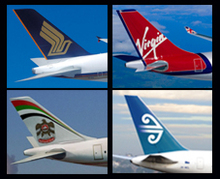 Qantas is demanding the federal government block a $350 million capital raising by Virgin.

Radio New Zealand's Sydney correspondent says the structure of the raising means it will give the three foreign airlines which control Virgin a 70% stake, up from just over 60%.

Virgin needs the capital injection after running up debt to compete with Qantas domestically.

The fight is partly personal as Virgin's chief executive John Borghetti worked at Qantas but was passed over for the top job.