The government's Budget has delivered on its promise of eliminating school donations - but not for schools in the richest neighbourhoods. 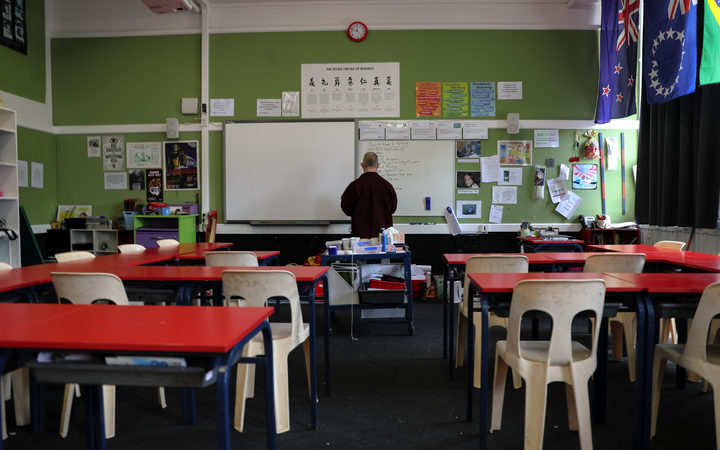 It also provided a $1.2 billion commitment to school property as well as the bread-and-butter increases to basic operating funding that early childhood centres, schools and tertiary institutions expect from each Budget.

However, there appeared to be little that will relieve tensions with secondary and area school teachers and primary teachers and principals. Those groups are demanding smaller class sizes, lighter workloads and higher pay rises than the government has so far offered and there had been some hope the Budget might include measures that went some way to meeting their expectations.

The Budget included more than $75 million a year to pay $150 per child to every school in deciles 1-7 that agrees not to ask families for donations.

The scheme would begin next year and the government said 1700 schools with nearly 500,000 students would be eligible.

The policy will provide a financial boost for schools in poor communities that do not ask families for donations or have few families that are willing or able to pay a donation. A school of 200 students, for example, would receive $30,000.

The Budget included a 1.8 percent increase in school operations grants.

The Budget committed $1.2bn over the next 10 years for school building, an allocation the government said was the largest ever investment in school property by a New Zealand government.

The figure included $286.8m for the first wave of spending which would deliver three new schools, for school expansions and at least 150 new classrooms.

The Budget included $14m a year for three years to restart Te Kotahitanga, a programme that helps schools to improve teaching for Māori students and nearly $7m a year for improving outcomes for Pasifika students.

The Budget included previously-announced increases in spending for 600 new learning support coordinator roles in schools ($62-64 million per year), abolishing NCEA fees ($10m per year), and increasing the supply of teachers ($26m per year).

The Budget included a 1.8 percent increase to government subsidies for early childhood education.

However, it did not deliver on a long-standing commitment to reinstate a higher rate of subsidy for early childhood services where all the teachers are qualified and registered.

The Budget allocated $6.8 million over four years to implement the findings of the review of home-based early education.

The Budget provided a 1.8 percent increase to tertiary subsidies at a cost of $44 million a year.

It also provided $49.9 million over four years to expand the Mana in Mahi - Strength in Work scheme that helps young people to stay in work and engage in industry training. The government said the funding would increase the number of participants in the scheme from 150 to up to 2000.

The Budget included the previously-announced reallocation of $197 million over four years from the fees-free programme to reform of vocational education and training. There were no details as to how the money would be applied. However, the Budget showed about $63 million of the money would be reallocated in the 2019/20 financial year and a similar sum the following year.

As well as the reallocation of $197 million from the underspend on the fees-free policy for tertiary students, the Budget showed reallocations from other areas of the education system.

Funding for the previous government's Investing in Educational Success programme, which included grouping schools in communities of learning, was underspent by $43.8 million in the current financial year with underspends of $29.5 million forecast in each of the next two financial years.

There was a $60 million underspend on tertiary tuition subsidies in the current financial year.

The Budget reprioritised $12 million from spending on "entrepreneurial universities" and $16 million from ICT graduate schools.