The Finance Minister insists the fees-free tertiary policy is not a failure, despite reallocating a sizeable part of the funding to polytechs due to low demand. 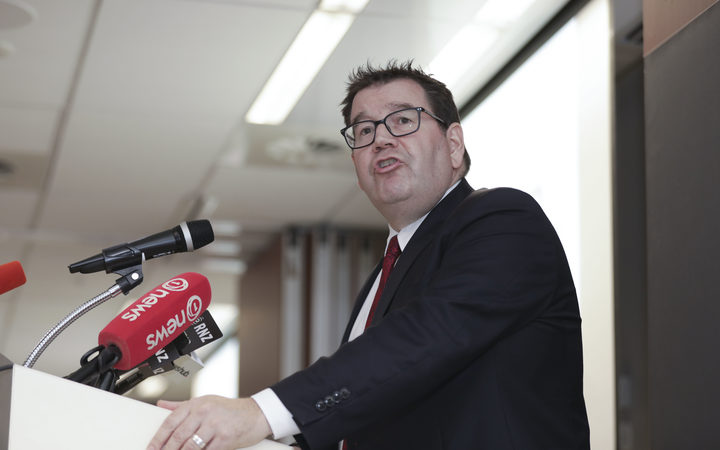 The policy - a Labour Party campaign promise - has been in place since the start of 2018 and pays for the first year of full-time study for school leavers, and for those who have done fewer than six months' tertiary study in the past.

Initial estimates were it would cost about $350 million a year, but now about $197m (over four years) will be rediverted due to fewer students taking advantage of the policy than expected.

The government budgeted for 80,000 students when it first launched the policy, but that was revised down to 50,000 once it became apparent the uptake wouldn't be that high.

In a pre-Budget speech to the Wellington Chamber of Commerce, Finance Minister Grant Robertson said ministers had identified about $1 billion of spending that was no longer a priority.

"One example of this was underspending on the fees-free programme due to enrolments not meeting initial forecasts. This funding ... is now to be redirected to the implementation of the reform of vocational education."

He told reporters afterwards it was "far from" an admission of failure.

"Tens of thousands of New Zealanders have benefited from this scheme, this is simply a recognition that not all of the money that was allocated for it is being used.

"And now we've got the opportunity to put that towards a vocational education system that's delivering people with the skills that they need."

But the government could have done better communicating who was eligible for a year's fees-free, said Mr Robertson.

"It's not just about immediately what someone might do at the end of secondary school.

"This is a policy that's open for workplace training as well, in terms of people who've never studied before, and we haven't ... perhaps got that message out that it isn't just about post secondary schools."

However, National's tertiary spokesperson Shane Reti said enrolments had been on the decline in the past few years, which showed how ineffective the policy had been.

"It's a flagship Labour coalition government policy, and it's clearly failing.

"We know that because the Cabinet documents show that they forecast 80,000 learners in fees-free and in fact by the end of the year was predicting closer to 50,000, so a massive reduction on what they were expecting."

The policy had good intent, said Mr Reti, but its delivery should be thoroughly reviewed.

"We understand the ambition of getting greater access, more formal access ... but this hasn't been the tool to do that."

President of the Tertiary Education Union Michael Gilchrist said the policy had boosted enrolments in regional New Zealand, but agreed not everyone was aware it's not just for school leavers.

But the union was thrilled polytechs will be the beneficiaries, he said.

"The government has bailed out institutions but that is not a satisfactory solution at the moment because those bailouts often require breaking even this year and we have been very concerned that we would lose critical capacity and the polytechs, through job cuts, would be unable to respond."

Vice Chancellor of Auckland University Stuart McCutcheon said universities had long been underfunded and better consideration needed to be given to making sure money was going where it should.

It was no surprise, he said, the policy had not always helped the people it was intended for.

"There is general decline in the number of students leaving the secondary sector ready for university.

"That's a demographic issue, although it's not huge.

"The other is that there are very few students for whom a year of fees is really the limiting factor; many students particularly from decile schools will struggle to meet the entry requirements for the universities."

Mr Robertson said no decision has been made about whether the extension will actually happen, adding it was a decision that did not need to be made this term.