Acting Prime Minister Winston Peters has called the sale of ice cream company Tip Top a "sad day" for New Zealand, laying the blame squarely on past management at Fonterra. 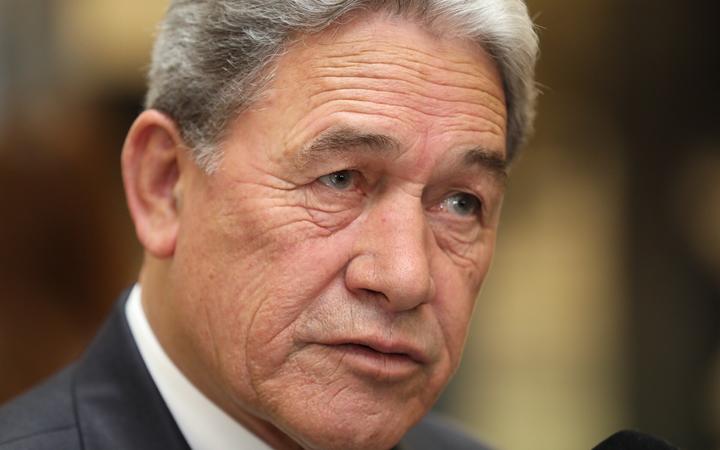 Mr Peters has criticised the sale, and told Morning Report it was against country's national interest for the company to be sold to overseas buyers. He pinned the blame specifically on past governments and Fonterra's former management.

"One of the reasons why this is happening is because of the disastrous investment in BeingMate which came at hundreds of hundreds of millions of dollars of lost opportunity cost, in effect, to Fonterra.

"I'm just saying that surely we understand now, with greater clarity, the mistaken approach of the prior administrations and ... dare I say it in this case, Fonterra. I'm not blaming the present management but I am blaming the past management where people were paid massive salaries whilst the company was being imperilled."

However, he said the government would not be looking at legislation to specifically stop sales like that of Tip Top.

"We can't intervene like that, but here's the rub: we are trying to add value to our products to afford the wealth and employment of New Zealanders and when these things happen we need to look at why they happen and ask ourselves 'how did we get to the situation where in 2001 Fonterra bought that operation, Tip Top, and now in 2019 because of some serious mismanagement mistakes and bad decisions we're selling it to the advantage of another economy and not ours."

"Fonterra is not a government-owned company but we are making it very clear that if you want a supportive environment around New Zealand businesses and New Zealand entities then there are certain principles that should be followed.

"I railed about it and said we need to have a dramatic change in our economic approach. We had a sort of superficial commentary from lots of people who now want to know what the answers are and the first thing we need to know was that the sale was taking place. If a government is not told about this type of thing then we're left with the aftermath and the circumstances of a fait accompli."

He argued the government's research and development tax credits would help New Zealand businesses transition from simple commodities to higher-technology and value-added products.

"The first thing we did about it was to massively increase the research and development funding from government to business in New Zealand. The second thing we're gonna do about it is ensure we focus wherever we possibly can on added value, and the third thing we will not do is just ignore the mistakes of the past and so believe that somehow these people who behaved in what I would call a mostly irresponsible way were somehow right."

However it was not clear how such an approach and awareness would prevent sales like that of Tip Top, or even investment in offshore companies like BeingMate which specialises in turning milk into baby formula, a value-added product.

Mr Peters was also questioned about the looming threat of trade war between the United States and China.

"It's always been concerning that for the threat of this approach when it comes to international trade because in the end there'll be a knock-on effect and it could very likely affect New Zealand adversely," he said.

"But, it's a situation that's controlled by the American voter or the American domestic market and we can't change that other than to say that we are concerned about its ramifications for us and countries like us.

He said progress was being made on reducing trade barriers with the US.

"We're working very seriously on two things, the steel and aluminium tariffs but secondly a free trade deal with the biggest economy in the world - namely, the United States.

"Vice President of the United States Mike Pence promised me to be working on it from that day forth and so we have expectations that we're taking the matter a whole lot further recently."

He said there was life in a US trade deal, and also pointed towards moves being made towards a trade deal with the EU.

"Yes there is, for the very reason that Trump laid out in his speech and was recited back to Vice President Pence and more importantly we went decades with no progress with respect to the EU and a fair trade deal and now it's a matter of serious progress as we speak.