The Prime Minister has arrived in Paris ahead of the Christchurch Call summit and is not ruling out a late appearance from the United States. 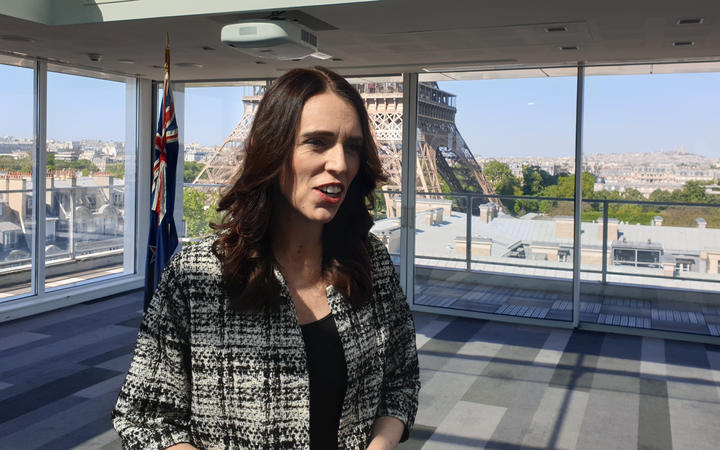 The summit will see tech company and country leaders sign up to an agreement that aims to prevent the promotion and organisation of terrorism online in the wake of the Christchurch terror attack, in which 51 people died.

Ms Ardern arrived overnight on Monday, and told media she wasn't confirming or denying the United States would not be attending until she had word either way.

"We have been in dialogue with all of the G7 nations and I don't wish to confirm or otherwise on the United States until we know for certain whether there will be representation there,'' she said.

British Prime Minister Theresa May and Canada's Justin Trudeau will be there, and the Prime Minister's office has confirmed two countries unable to attend the summit had already committed to signing up.

It's likely those countries are Germany and Australia.

Ms Ardern said the action plan would not be binding.

"It's not a treaty-level document, and look to be honest we just wouldn't have seen countries and companies endorsing a document like this in such a short period of time if it was treaty-level.

"Do I expect however other countries and companies to follow it up? Absolutely.''

Some countries, like Australia and Germany, have already implemented crackdowns such as penalties on social media companies for violent content - something Ms Ardern won't rule in or out of future New Zealand legislation.

Ms Ardern said the Christchurch Call document puts expectations on those who sign up but stops short of prescribing domestic legislation.

"As I've said before, there are specific calls on both companies and also governments and then there are some expectations on both. This action plan will not be prescribing what kind of domestic legislation countries will set but it does have an expectation they'll address terrorist content in their own jurisdictions.''

Ms Ardern said making it to Paris this week is significant in itself.

"The fact that within eight weeks we are here and we have tech companies that are willing to enter into dialogue and make changes to their platforms is significant."

She plans to pursue other countries to join the Christchurch Call when she attends the United Nations assembly in September.