The government will spend an extra $94 million in this year's Budget to help more homeless people into permanent housing. 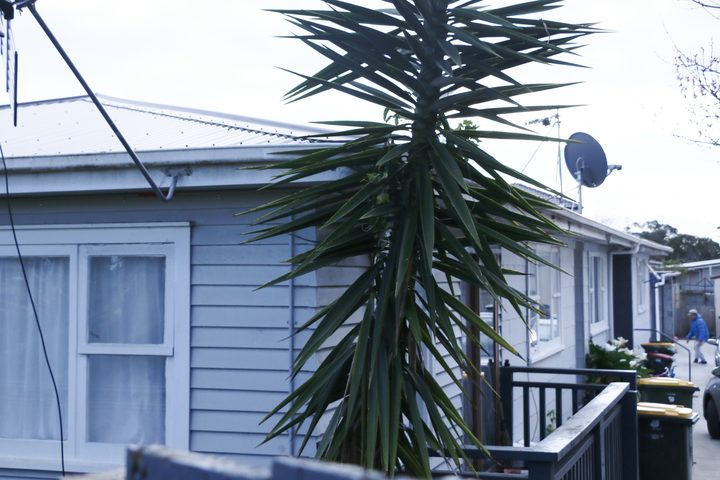 A South Auckland house which has been allocated under the Housing First programme, which places chronically homeless people into permanent housing. Photo: RNZ / Eva Corlett

The money will be used to expand the Housing First programme, which has already helped 720 households into homes since 2017.

Prime Minister Jacinda Ardern said the new investment would mean another 1000 people would be able to be helped by the programme, bringing the total number of places around the country to 2700.

In total, the government is investing $197m in Housing First.

As well as helping people into stable housing, the programme provides wraparound support services to deal with the problems that may have led people to be homeless in the first place.

"It recognises that most long-term homeless people have a number of complex problems such as mental health issues and addictions; and that they have a much higher chance of addressing them once they are housed," Ms Ardern said.

"It turns lives around by housing them and then connecting them with health and social services such as mental health counselling, budgeting advice, and drug and alcohol addiction treatment."

The government is also looking to expand Housing First into other regions, including Northland, Hawke's Bay, Wellington and Nelson-Marlborough.

Green Party co-leader Marama Davidson said supporting Māori and Pasifika-led organisations was crucial because more than 70 percent of Housing First participants were from these communities.

"When people fall through the cracks, it often falls on community organisations like this to show government how it is done," she said.

Auckland Mayor Phil Goff said the extra funding would mean more homes for people most in need in the region.

"Since launching Housing First, Auckland Council and a collective of five agencies have housed 922 people, including 436 children, who were homeless," he said.

Homelessness in Auckland was a "growing problem," Mr Goff said.

Last year's homelessness count estimated about 800 people in Auckland region were living without shelter, on the street or in cars, with thousands more in temporary accommodation, he said.

Fred Ridgewell, 53, said his life was transformed by the Housing First initiative in Auckland.

Before Vision West helped him into a Housing First home in early 2017, Mr Ridgewell slept in his car and struggled to access basic amenities.

"I'd find myself at three o'clock in the morning at a basin with cold, cold water trying to keep myself clean," he said.

"They were hard times but I kept it quiet from everyone."

He said being placed in the Housing First programme had given him his life back and a place to call home.

"It is a beautiful two-bedroom home with a deck and a beautiful garden where I grow my own potatoes, tomatoes, silverbeet and cauliflower," he said.

Mr Ridgewell hopes the financial boost for Housing First nationwide will help more people like him regain their independence.

"I know there are a lot of people out there who need help," he said.

"I hope they use the help that is given to get to where they want to be in life."