Plans to build 10 affordable homes in Napier's poorest suburb where state homes once stood have been revealed by Housing New Zealand. 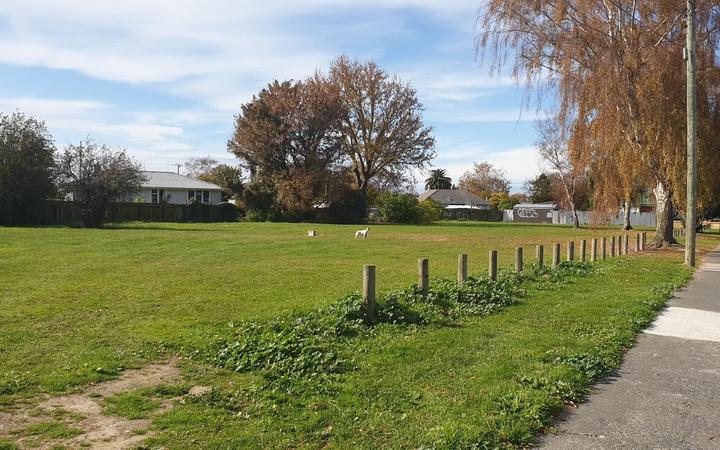 There's been a desperate shortage of housing in Maraenui since 92 state homes were demolished seven years ago, leaving a sprawl of empty lots across the suburb.

Despite promises from the agency, and then Labour-leader Jacinda Ardern during the election, that new state homes would replace the ones torn down, the vacant lots have remained empty, bar seven new transitional houses built last year.

Just how many new homes will be built is still under wraps but HNZ told residents in a flyer drop this week that construction on 10 new affordable homes "will begin in the next few weeks."

The 100 square metre, three-bedroom homes on Geddis Avenue has sections ranging in size from 287 to 424 sq m. They will be HNZ's first affordable homes in Napier.

The site used to house eight, two-storied three-bedroom homes but were demolished because they were no longer fit for purpose or were earthquake prone.

And while some are glad that new homes will finally fill at least some of the empty spaces, others question whether they will actually be affordable, or suitable.

One Maraenui resident told RNZ she would be keen to buy an affordable home in the area but none were large enough to house her family of 10.

Napier City Councillor Maxine Boag said she had been told the new homes would have a price tag of around $385,000, though HNZ would not comment on price, saying that would be revealed in the coming months.

Ms Boag welcomed the new additions to the suburb but was worried "the price is quite steep".

It was good that HNZ and Napier City Council were trying to bring other people into the suburb, which was mostly made up of state homes, to develop it into a mixed housing area, she said.

"That's commendable, but I'm still anxiously and optimistically hoping for social housing in the area as well, because that's where the greatest need is," she said.

The suburb was notorious for its gang connections and drug use and some people desperate for social housing told RNZ they would not move there, even if new housing was available or affordable, because they did not feel safe.

Napier City Council had plans to refresh the suburb's shopping centre, and build a new community centre, with a revised concept to be presented in the coming months, following feedback last year.

Housing New Zealand said it was developing a neighbourhood plan in conjunction with the council's plan, which included looking at all types of housing.

"This planning is progressing and is very thorough, and will take some time as we work with our partners and the community to get this right. This includes very detailed work looking at the land and infrastructure to see what developments could be supported in Maraenui," a HNZ spokesperson said.

The agency had built 49 new homes in Hawke's Bay last year, 43 of those in Napier, and it would built another 120 to 190 new homes in the region over the next three to four years, it said.