Today's historic strike by primary, secondary and area school teachers will close nearly every state and state-integrated school in some regions. 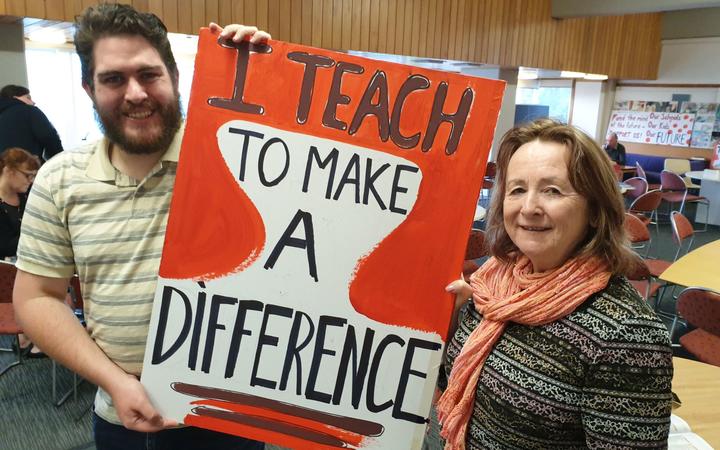 The Education Ministry said by Monday this week 51 percent of schools had voluntarily notified that they would be closed for the strike, but in some regions, the figure was as high as 95 percent.

The Educational Institute and the Post Primary Teachers Association expected their membership of nearly 50,000 teachers and principals would be joined by other supporters for rallies and marches around the country.

The Educational Institute began negotiations for primary teachers and principals just over 12 months ago, while the Post Primary Teachers Association had been negotiating the secondary teachers' collective agreement since August last year.

The Education Ministry had offered both groups of teachers three pay rises of 3 percent each as well as a new top rate on the pay scale for primary teachers. The deal would increase the value of the teacher payroll from about $3.9 billion a year to more than $4.3 billion after three years.

Negotiations stalled because the government refused to increase the overall value of its offers to teachers, but union members said they wanted a higher pay rise and lighter workloads.

In the staffroom at Wellington Girls College, Rachel Steele, the chairperson of the school's PPTA branch, said the ministry's offer was not good enough.

"We're way off at the moment," she said, noting that teachers used to be paid the same as members of Parliament.

"Once upon a time we were on par with back-benchers so that would be a good place to start."

Head of languages Annabelle Sinclair said she hoped the strike would send a strong signal to the government.

"Things really have reached a point of crisis I feel in a lot of different areas. So it's not just about money, it's also about time and value and respect for the profession," she said.

"There are major, major problems." 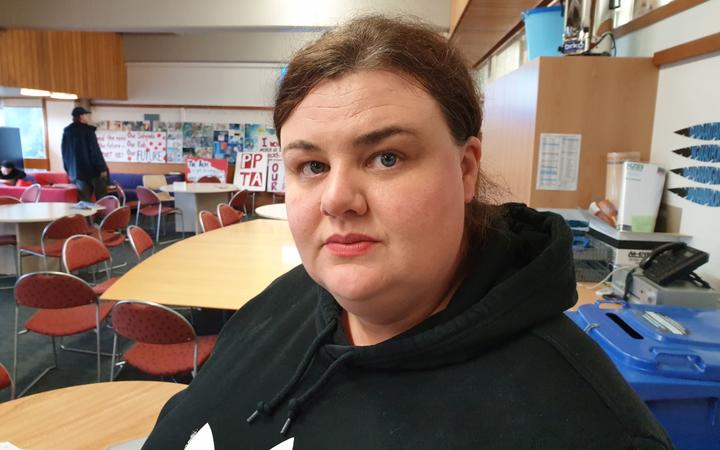 "Just being in a constant state of high stress. Working late until 9 o'clock last night to produce resources for my lessons, working every weekend. And it's something you just don't get in similarly remunerated industries," she said.

Science teacher Hayley Woolf said pay rises during the past nine years had been inadequate and teachers were due for a bigger increase than the government was currently offering. 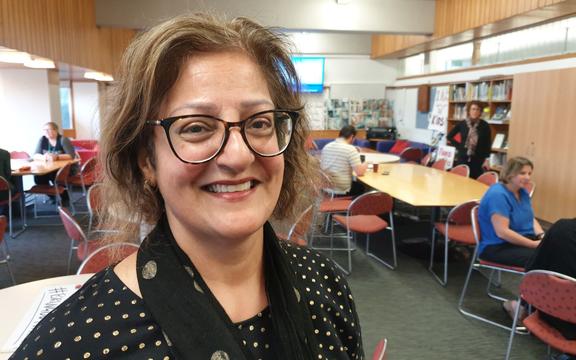 English teacher Jabeena Khalique said she recently moved from Whanganui to Wellington and was finding it hard to afford the cost of housing on a teachers' salary.

The strike is the first for secondary teachers since they started bargaining in August, but it will be third for primary school teachers and principals.

Perry Rush from Hastings Intermediate said there was no sign of strike-fatigue and if anything members of the Educational Institute were more determined than ever.

"Attitudes over the last month have hardened really because teachers and principals view the government's intransigence in the current offer as totally inappropriate," he said.

"The issues are significant, they're confronting teachers and principals every day and it's just simply not good enough to say that the offer is the offer and it has to be accepted or not." 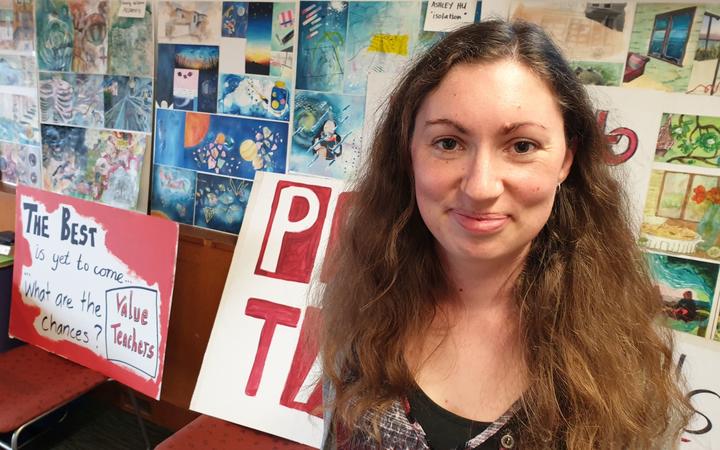 In fact, in Hawke's Bay the feeling was so strong that by the start of this week, 95 percent of schools had told the ministry they would be closed today.

Canterbury had a similar figure and Shane Buckner from the region's Primary Principals Association said it was great that primary, area and secondary school teachers were striking together.

"It's the first time that big unions have got together, it's quite impressive but it obviously shows the feeling that there is out there," he said.

Back at Wellington Girls College, teacher Cameron Stewart said the fact primary and secondary teachers were striking together showed the extent of the problems affecting schools.

"It shows the depth of the issue. It really gives us a lot of strength," he said.

The Post Primary Teachers Association had scheduled further industrial action, including a week of rolling one-day strikes, for June and July.

No extra funding for teacher pay hikes this Budget - minister

Education Minister Chris Hipkins said tomorrow's government Budget would not include any extra funding for teacher pay beyond what already been offered.

However, he said the Budget would include funding for other problems that teachers had raised.

"Teachers are raising a number of concerns with us, not all of those relate to salaries," he said.

"They also relate to support for children with special needs, they relate to their conditions, the conditions of the classrooms that they're working in, they relate to support for school administration and a whole lot of other issues ... and government has been very clear, we've been very clear, that we want to address all of those issues and so you will see steps towards addressing some of those things in the Budget," he said.

Mr Hipkins said it would take time for the government to make the changes that teachers were demanding.

"Many of the changes that the teachers are asking for actually take time to implement and you can't simply flick a switch and make them all overnight," he said.

Mr Hipkins said if settlements could not be reached through bargaining, then they would have to be found through the Employment Relations Authority.