Parents around the country are taking leave, arranging childcare and planning activities in preparation for tomorrow's school closures, when more than 50,000 teachers walk off the job. 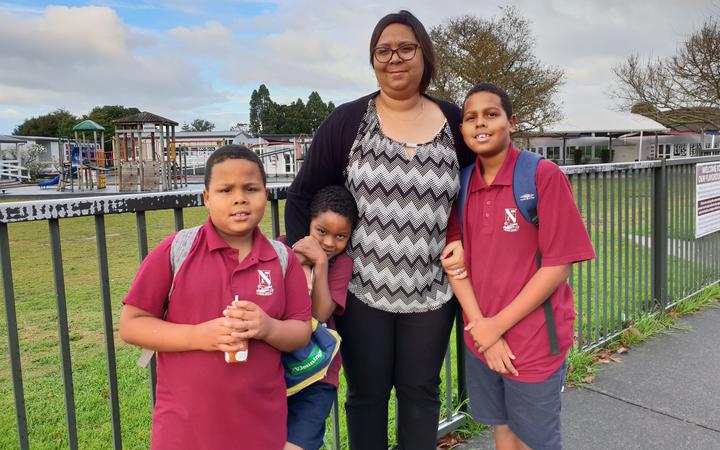 It will be the biggest teachers' strike in New Zealand history, with 50 rallies and marches planned across the country.

The mega strike combines both primary and secondary school teachers and comes a day before the government releases its Budget.

Teachers are calling for better pay and working conditions, and parents RNZ spoke to largely back them.

While some workplaces have offered to host their employees' children, many parents are taking the day off or working from home.

Auckland parent Chantelle Nicholas' three sons go to Papakura Normal School, and she is taking the day off work to stay at home with the boys tomorrow.

Auckland grandmother Teresa Stevens who takes the children in her care to Takanini School in South Auckland also supports the teachers.

A Christchurch woman said she would have to make sacrifices so her children were cared for tomorrow.

"We're going to have to make cuts where we need to this week to cover the costs of going to a holiday programme for the day. I support the fact everyone needs to be paid what they deserve," she said.

Other parents said it had been stressful arranging childcare but they supported the teachers.

A Wellington woman said she works from home and her two children will be with her for the day.

"I think we're going to join the teachers on the strike so that'll at least be one activity we do for the day," she said.

Parents RNZ spoke to said teachers performed an increasingly difficult and important role in society, and they needed to be appropriately rewarded for that.

As for employers, Auckland Business Chamber chief executive Michael Barnett said some had offered flexible working arrangements, including offering to host children at their workplaces.

"I know of a number of companies that have put the offer out there, including the chamber here in our Auckland office where we've said there's space for young kids to come and spend the day here," he said.

"I offered my office which has got a wonderful view of the Auckland harbour and there's a big lolly jar and a TV but I didn't get any takers. I'm going to be in Wellington so it didn't worry me."

While parents are planning childcare, teachers are planning action - with some having gathered for a placard painting party in Auckland over the weekend.

And the signs might have to stand the test of time, given the Post Primary Teachers' Association has further industrial action scheduled for June and July.