Police pushed through demonstrators and cut a chain on a door to get delegates into the New Zealand Minerals Forum in Dunedin. 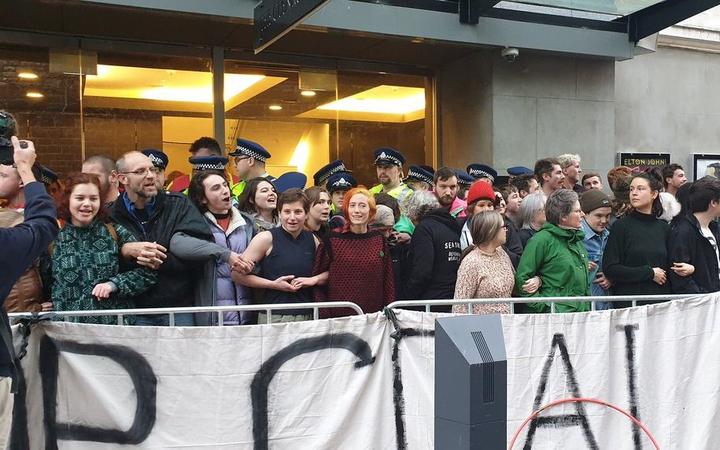 The barricade around the protesters is back in place and more than 20 Minerals Forum delegates are waiting outside the Glenroy Auditorium entrance Photo: RNZ / Tess Brunton

A coalition of about 10 different organisations are holding the protest to disrupt the annual New Zealand Minerals Forum organised by mining lobbying group Straterra.

About 50 protesters chained a door and others sat down and linked arms to prevent many of the delegates entering the building.

Protesters began singing 'All Star' by Smashmouth, and one of the protesters superglued their hands onto doors into the Dunedin Town Hall to prevent delegates from entering. 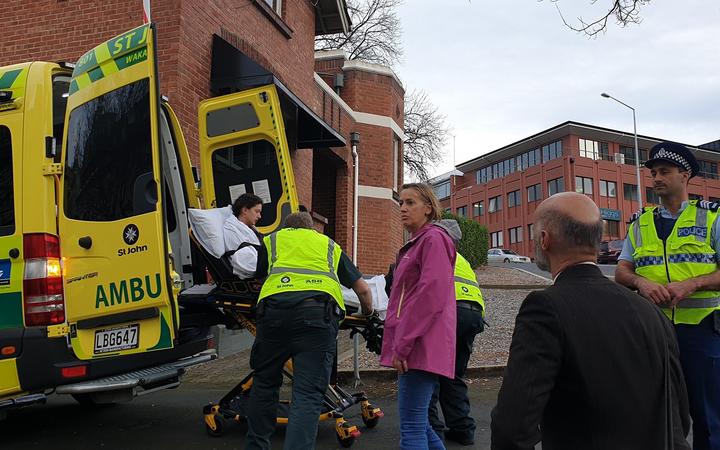 RNZ reporter Tess Brunton said groups of Minerals Forum delegates formed outside the different entrances, some calling the protest a nuisance, while others said it would have no impact on their conference.

Police said three people had been arrested for breach of the peace but no one had been charged with anything.

The forum at the Dunedin Centre will hold discussions on a number of mining projects, including the next steps for the formerly state-owned Stockton Mine on the West Coast. 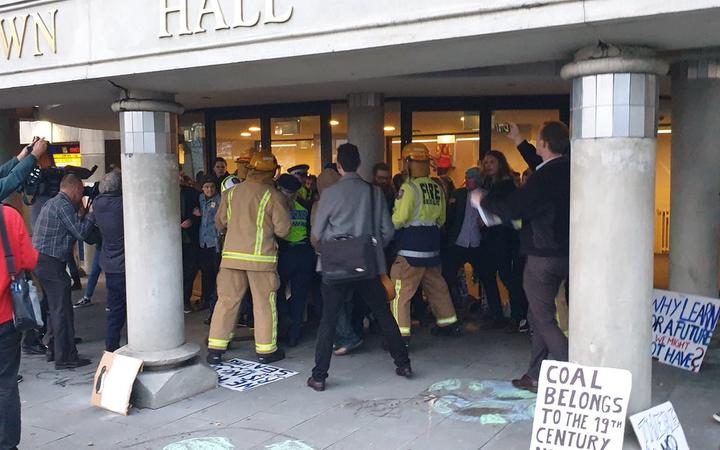 Firefighters and police officers have pushed through protesters with bolt cutters to try and cut chains placed on doors at the Dunedin Town Hall as people from the Stop the Minerals Forum Coalition chant outside. Photo: RNZ / Tess Brunton

Spokesperson for Stop the Minerals Forum Coalition Abby Spilg-Harris said earlier the protest was mainly against the forum's focus on coal, saying there was no place for the fossil fuel any more.

"We are against any further coal exploration and mining in New Zealand. After you've had the school strike for climate, you've had all of these amazing young people asking for the government to take action, and yet in 2019 we have all of these mineral and coal executives planning for more exploration." 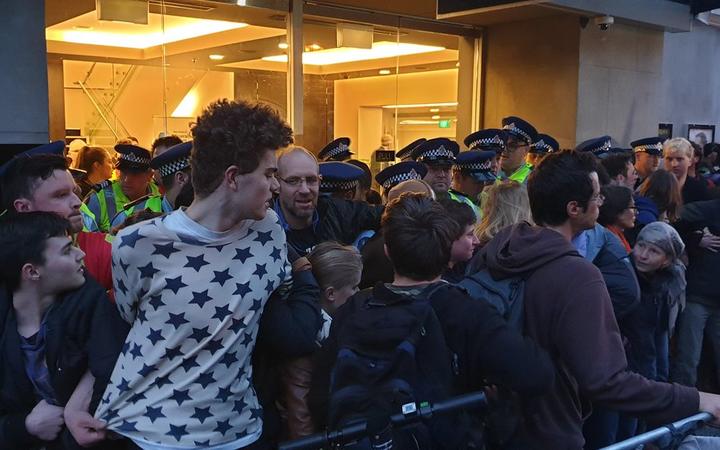 Three ministers will be speaking at the forum over the two days. Energy and Resources Megan Minister Woods and Economic Development Minister David Parker will give an update on the government's approach to minerals and new technologies, while Regional Economic Development Minster Shane Jones will speak at a separate session about the future of mining. 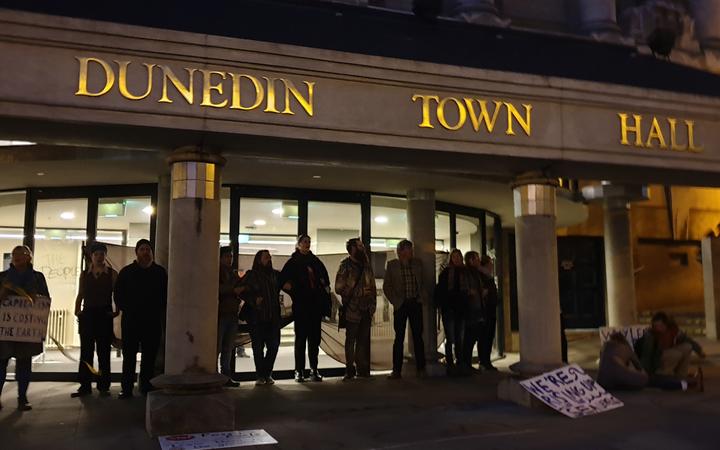