Some members of the Otago community of Middlemarch are preparing themselves for a David versus Goliath duel against an international mining company. 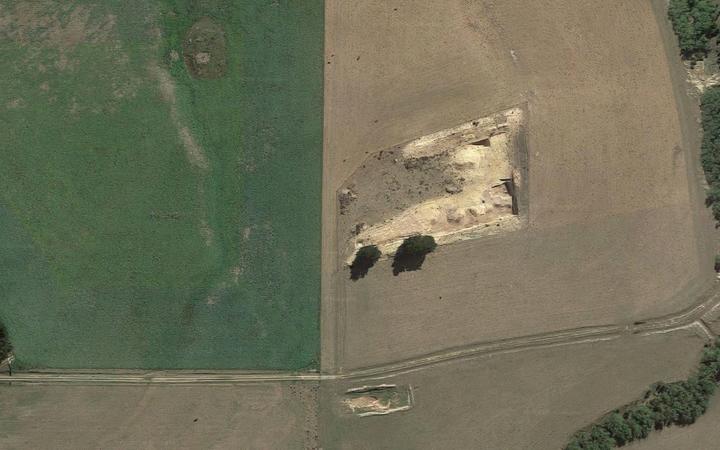 What's at stake is a geological treasure trove described as New Zealand's Pompeii.

Hiding in the barren hills surrounding Middlemarch is diatomite - the fossilised remains of single-celled aquatic algae.

"It's the only one of its kind in New Zealand and it's the only one spanning this particular age range in the Southern hemisphere," Associate Professor Daphne Lee, of Otago University, said.

As the layers of diatomite, almost entirely silicon, were laid down they preserved the inhabitants of the lake.

"The preservation is absolutely extraordinary. The range of fossils is great - leaves, flowers, fish - including the world's oldest galaxid fossils, but the creme de la creme has been the discovery ... of fossil insects."

In other words the diatomite is a window into New Zealand's distant past which does not exist anywhere else in the country.

When work started, there were seven insects known from New Zealand's fossil record. Foulden Maar has already turned up about 250 - many new to science.

But Plaman Global - a mining company with several permits around the South Island - wants to take the diatomite and ground it up to add to animal feed for pigs, chickens and turkeys.

Middlemarch residents Andrea Bosshard and Shane Loader said they were shocked by the plan.

"This material once it's gone it's completely gone - there's no going back to look at it," Ms Bosshard said.

Plaman bought the mine in 2014. A report from Goldman Sachs, which was leaked to the Otago Daily Times, suggested for the operation to be feasible they needed to purchase an adjoining farm and mine all the diatomite from the area.

The company did not respond to requests for an interview.

'It's a David and Goliath fight'

Mr Loader said many in Middlemarch were strongly opposed to the plan.

"There are people within the community, I understand, that do support this proposal from Plaman but they're not coming out to talk to us," he said.

A community meeting at the weekend garnered about 30 locals - all unanimously opposed to exploiting the area's natural resources.

And the leaked Goldman Sachs report suggested Plaman does not think it will have much of a fight on its hands.

"To paraphrase the Goldman Sachs report, they said they consider us too poor and too ignorant to put up a successful fight," Mr Loader said.

And he conceded they were half-right.

"Sure they have got a lot more money than we have but you've got to draw a line in the sand, or a line in the diatomite if you like, and make the stand," Mr Loader said.

"It's a David and Goliath fight - that's what it is. But David won."

Mr Loader and Ms Bosshard said they were extremely well researched on the matter and information would be their weapon.

And in recent days they gained an ally with significant clout in New Zealand - former Prime Minister Helen Clark.

"I find it quite shocking," Ms Clark said of the proposal.

"I think it's a matter of values. Do we value science and knowledge or are we prepared to stand by and see the site which would generate that knowledge destroyed by a mining operation.

"In many countries a site like this would be in permanent protection already."

She was shocked that a site of such important scientific and heritage value could be destroyed to make a "quick buck".

"To have a site like this, which is clearly of significant scientific interest, just mined and destroyed forever, I think, is irresponsible towards our heritage."

She wanted to see the site permanently protected.

Strath Taieri Community Board chair Barry Williams said he was taking a "wait and see approach" to the proposition.

"I think until a few more things come out that people can look to digest I'm very neutral.

"I'm sitting right on the fence, particularly as a community board person."

But without approval from the Overseas Investment Office to buy the adjoining farm the whole proposal falls over.

Opponents are calling on the OIO to protect the country's natural history.