The government's fee-free policy is not encouraging more school-leavers to enrol in tertiary study, schools and tertiary institutions say. 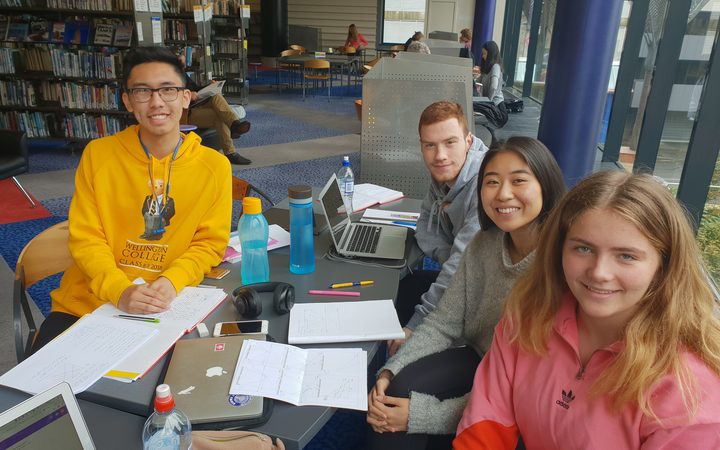 The policy launched late last year was introduced at the start of this year and pays for the first year of full-time study for school leavers. It is expected to be extended to two-years fee-free in 2021 and three years in 2024.

However, government figures show there are 2400 fewer students in tertiary education and training than a year ago.

School leaver Connor Mackay said he was grateful for the policy but it had not had a lot of impact on his decision.

"It's an awesome bonus, it really is. But I've always been keen on studying," the Year 13 student said.

However, Year 13 student Megan Cox said the policy helped her decide to enrol in a New Zealand tertiary institution next year rather than going overseas.

"It kind of changed my mind on where I wanted to go to uni because I was originally going to go to Australia."

Careers and Transition Education Association president Warwick Foy said its members had told him the policy was having little influence on school leavers.

"There were some comments about people having a gap year and seeing if the policy goes through to having a second year fees-free, but generally the comments were that there'd been little change."

Mr Foy said the policy did not appear to be convincing more students from poor backgrounds to enrol in university.

"Overall, people know if you go to uni it costs a lot of money and they've already made their decisions and it perhaps hasn't impacted as it was intended to on those folks."

Ōtāhūhū College principal Neil Watson said even with a year of no fees, tertiary education was too expensive for many local families.

"It's the opportunity cost of sacrificing pay for the next three, four years while you undergo that training.

"One of the things in terms of this policy, it's been a large amount of money spread over students who were probably going to go to university anyhow and it should have been better targeted."

Mr Watson said the money would have more impact if it was directed to low decile schools, first-in-family scholarships, and assistance for students in tertiary institutions.

Melville High School principal Clive Hamil said the policy was a good first step but the promise of a free first year of study was not enough of itself to reach the teens who really needed it.

Education Minister Chris Hipkins declined to comment as he had not received any analysis about next year's enrolments.

However, polytechnics and universities contacted by RNZ said they could not see any significant changes in enrolment patterns.