Opinion- This Budget finally settles it - this is not the promised "transformational government". 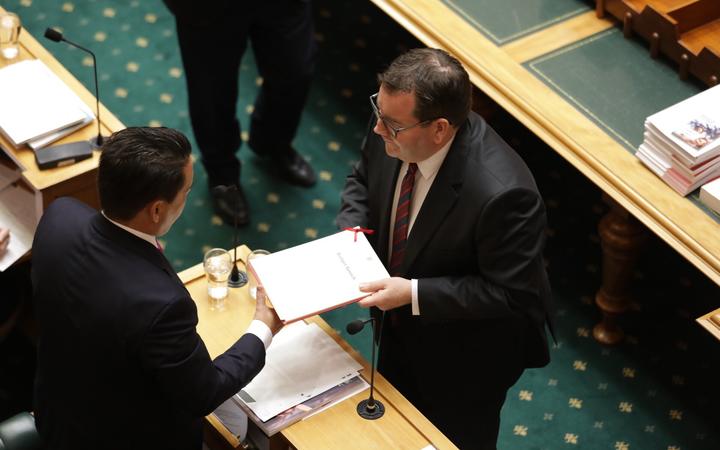 There's simply nothing of enough significance to pleasantly surprise traditional Labour and Green party supporters. New Zealand First voters might have a bit more to celebrate.

Even some of the bigger changes are by virtue of necessity rather than choice. Think here of the increased spending on KiwiRail or even on mental health. These were just going to have to happen, given the pressing need in those areas.

In fact, most of the important changes in the Budget had been well telegraphed in advance. Therefore, any left-wing supporters who were hoping or expecting to see some rabbits pulled out of Robertson's hat will be disappointed by what is actually a very pedestrian Budget.

In fact, there's good reason to view this as a "Status quo Budget". This is despite the Minister of Finance stating straight off in his Budget Speech that this Budget "shows a Government that is not satisfied with the status quo". In reality, fiscal policy and other important settings remain mostly the same. There really aren't any amazing new initiatives that will be seen as "game changers".

None of this means that it's not a "good Budget". This will be a subjective call. If you're happy with the status quo of New Zealand economy and society, with all its strengths and weaknesses, and if you'd like to see a bit of tinkering and improvement, then the Budget might go down well with you.

And certainly, there's unlikely to be much to criticise in what has been announced today. National will find it difficult to whip up outrage or condemnation.

There are a number of policies that will find favour and be pronounced as sensible progress. For example, the indexing of benefits to wage increases is hard to argue against, and will rightly be celebrated as progress by the left. But it's not a huge change for those at the bottom, and pales in comparison to how much Bill English increased benefits by. Getting an average extra $11/week by 2023 is not transformational.

There are other Budget commitments that will be generally well received by those who will benefit from them. But some of these were already promised - for instance, the increased funding for schools to get rid of "voluntary donations" was an election promise and was always on its way. And given the significant underfunding of many schools, the $150 per child to replace donations won't solve those ongoing budgetary problems.

Many Labour and Green supporters might happily bank the incremental improvements that they see being made in Robertson's Budget. But many will have been expecting much more. This, after all, is supposed to be Jacinda Ardern's Year of Delivery. And the Budget comes after many other letdowns in areas such as the capital gains tax and the negligible response to the Welfare Report. Robertson was under pressure to show that this Government was courageous and bold.

Yes, Robertson has delivered a different sort of Budget, with lots of language around "wellbeing", "social capital" and so forth, but will that be enough? Those on the left will want to see something more tangible than this. After all, has spending on health or education - traditional left-wing concerns - really increased when taking into account growth and population increases? It seems not, or at least not by much.

So has a Budget ever delivered so little for its supporters when it needed to deliver so much?