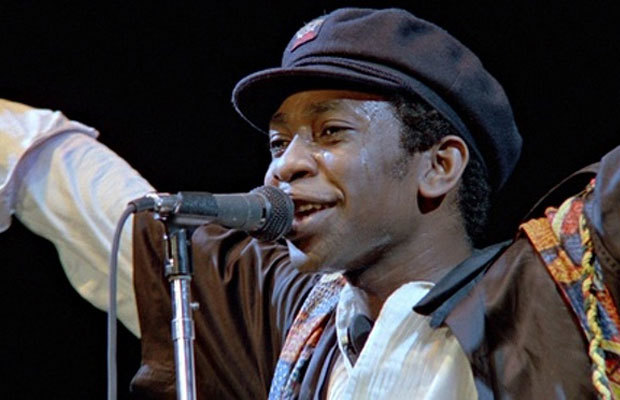 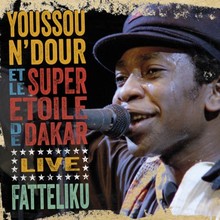 Here’s a recording that’s almost thirty years old, but was only recently released as an album. It’s Youssou N’Dour and his band Le Super Etoile De Dakar, live in Athens in 1987. It’s a record that would have been worth hearing at any time, but now – all these years after it was made – one can ponder its historical significance as well.

The set finds Youssou in soaringly good voice and his eight-piece band laying down a bed of flawless West African funk. And from what one can hear of the crowd, they were enjoying it too, though I imagine for most of them it would be the first time they had ever seen the Senegalese superstar. They may well have heard him before, though. Just a year earlier, his distinctive voice had been featured on ‘In Your Eyes’, a song from Peter Gabriel’s So album, which had gone on to become Gabriel’s biggest-selling album, turning the English art-rocker into an international star. A long-time fan of African music, Gabriel had already launched the Womad festival four years earlier, and seemed to have a personal mission to bring the popular music of that continent to the West. The concert captured on this album is, in fact, a Peter Gabriel show; the Greek leg of a twelve-month world tour, for which Youssou N’Dour and his band were the opening act. And, to his credit, Gabriel didn’t give himself an easy act to follow.

You can hear Youssou working the crowd in the huge amphitheatre where Gabriel’s show took place, and you can hear them responding. As anyone will know who saw Youssou last year when he performed at Womad in Taranaki, he’s a joyous, uplifting performer. But there has always been a serious political side to his work as well, even as he compels you to dance. And he does both in the song he dedicates to Nelson Mandela; a year away from his 70th birthday and at this point still held in Cape Town’s Pollsmoor Prison.

The album closes with a tune from Gabriel’s set – a ten-minute ‘In Your Eyes’, on which Youssou guests – added to pad things out. As this, along with most of Youssou’s performance, has already been available as part of Gabriel’s Live In Athens DVD, which came out a couple of years ago, Youssou N’Dour’s Live In Athens is in many ways nothing new. And yet it seems important that it exists - partly just because it’s so good, partly for the moment it represents. Less than a year before this concert, Paul Simon’s Graceland had landed, turning Soweto’s street beats into a sound familiar across the world. The Womad festival was four years old. The term ‘world music’ was just starting to become familiar. And a whole continent of rhythm was opening up to fresh ears.