Bills get killed a lot at Parliament. But when a bill comes back for a second go - zombie style - the coup de grâce is trickier.

Today’s Order Paper at Parliament includes a debate that looks like the preparation for a zombie-ending double-tap. 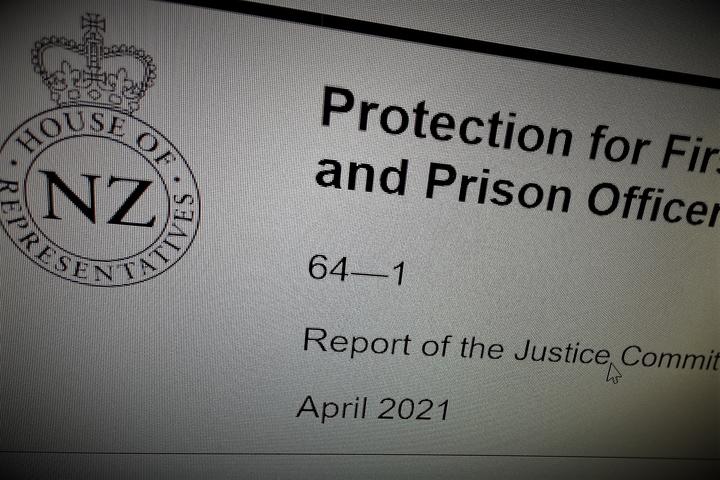 OK, that lede may oversell the reality of the event. Here’s the straight version:

Wednesday is members’ day at Parliament, when non-government bills get debated. First up for consideration is a bill originally from New Zealand First’s Darroch Ball.

The Protection for First Responders and Prison Officers Bill (now under the stewardship of National’s Mark Mitchell) is up for a second reading - sort of. This would be its second go at a second reading - except those don't exist.

Occasionally, when a well-advanced bill needs more work, the process loops back. Specifically, a bill can be sent back to Select Committee for another rewrite.

The zombie problem arises if the bill re-emerges from select committee and you still don’t like it.

This First Responders Bill has come back with a majority report that says do not pass. (The minority report from the National Party MPs ask for it to continue but with amendments).

But how to kill a bill second time round?

It has already had a successful second reading debate. Parliament’s rules do not allow do-overs of that debate, with another vote to alter the outcome. (After-all, this is a zombie flick metaphor, not a time-travel trope).

Because the debate on such a revenant cannot be on the bill, it is about the report back from the committee instead - but that version does not include the option of delivering a killing blow.

So what to do? If you don’t slap a zombie member’s bill down quickly it inexorably stumbles forward into the next stage.

An unpopular government bill can be vanished to the bottom of the Order Paper, where bills can languish for years; but member’s bill’s are debated in order of precedence - most advanced first.

Inevitably a Committee of the Whole House (committee stage) would follow, using up more time and continuing a conversation the majority doesn’t  want.

There is no standard 'shall we kill the bill?' vote during a committee stage, so you need to get creative to deliver the coup de grâce.

I’m told bills can be ‘offed’ in committee if they are amended to have no Title Clause. In other words you decapitate the Bill.

Was there ever a better excuse for a Sean of the Dead reference?

If you do not manage to terminate a bill by that mechanism the rules of members bills would automatically force a third reading debate as well.

At least the third reading vote is whether to kill a bill. But it is a long time to wait to follow the select committee’s recommendation.

It is more efficient to avoid all that and find a way to let a zombie bill go gracefully.

Which brings us back to today; and after the debate on the committee's report, a motion to dismiss the bill.

And if that is agreed to, the Bill can go where all ‘negatived’ bills go to die.

And everyone can relax - unless of course it bites someone before it dies. That way sequels lie.