Our Changing World for Thursday 8 April 2010

Mangere Island, in the Chatham Islands, was famously part of the rescue of black robins in the 1970s, when the last 5 black robins were taken there from neighbouring Little Mangere.

Some robins still call the island home, despite the fact there's barely any forest remaining there. But this is a state of affairs the Department of Conservation has been working hard to change. Ranger Bridget Gibb takes Alison Ballance to look at one of the most remote and ambitious replanting projects in New Zealand, and to introduce her to a plant that is known as a hedge on mainland New Zealand, but out on Mangere Island is a conservation hero: the Chatham akeake.

The Mangere Island revegetation project passed an important milestone in 2009 with the planting of 100,000th tree. 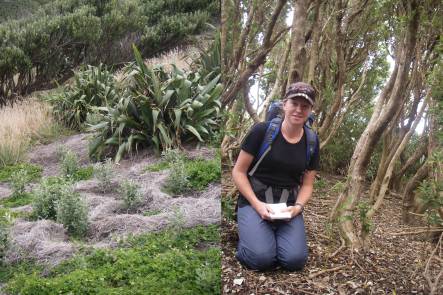 Chatham akeakes growing well one year after planting in sprayed grass, and DoC ranger Bridget Gibb in the most well established replantings (images: A. Ballance)

The science buzz at the moment is all about the Large Hadron Collider, or LHC as it's also known, and the search for mysterious particles such as the Higgs boson and dark matter. So it's timely to reflect on another great achievement in the field of astrophysics, one that took place nearly 40 years ago and was rather less expensive than the LHC. Alison Ballance tracks down retired mathematics professor Roy Kerr at the University of Canterbury to find out why his name will forever be associated with black holes, and how, as author and fellow astrophysicist Fulvio Melia put it in his recent book, he Cracked the Einstein Code, and solved the equation for rotating black holes.

Cracking the Einstein Code: Relativity and the birth of black hole physics by Fulvio Melia, was published by the University of Chicago Press 2009.

Using the Double-Helix and BestGRID supercomputers at Massey University, Andreas Hermann has developed a new way to calculate the crystalline properties of ice.

Borrowing methods from quantum chemistry and applying them to solid-state physics, his work could allow other scientists to better understand the effects of atmospheric conditions, particularly clouds, on climate change.

Last year he won the Hatherton Award from the Royal Society for the best published paper from a PhD study in physical sciences, earth sciences or mathematical and information sciences at a New Zealand university. 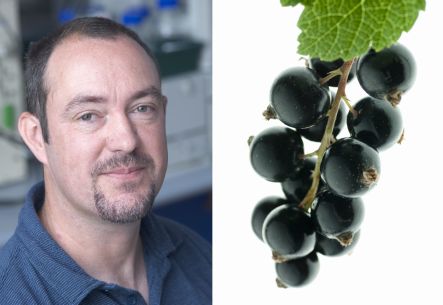 While human trials are still needed, a team of scientists led by Roger Hurst at Plant & Food Research have found that a compound in blackcurrants can reduce inflammation in lung cells in the laboratory.

The results show that epigallocatechin, a known antioxidant and a major component of proanthocyanidins in blackcurrants, could provide a natural alternative for people who suffer from allergy-induced asthma. The findings are published in the journal Molecular Nutrition and Food Research.

Roger Hurst takes Ruth Beran into the laboratory and explains how the lung cells were used to test the effects of the blackcurrant extract on the immune system.