Nine to Noon for Tuesday 16 September

Dr Andreas Schloenhardt, from Queensland University School of Law.
New Zealand politicians have indicated interest in copying draconian anti-gang laws to be introduced in South Australia. But how well would they work in this country?

Aric is an Israeli racing driver, Rasheed is a Palestinian racing driver who have set aside their political differences and working together to compete in the British Formula Vee championship. Their team is called Racing 4 Peace, and its car and uniforms sport both Israeli and Palestinian flags. 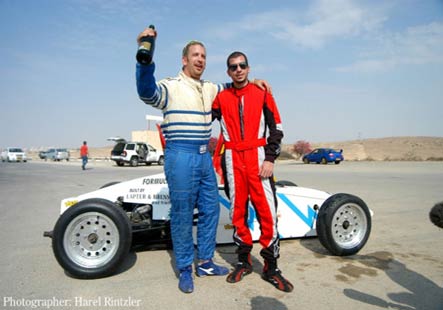 Jack Hitt (pictured left) is a contributing writer for the New York Times Magazine, Harper's Magazine, and the public radio program "This American Life". He also frequently appears in places like Rolling Stone, Wired, and Outside Magazine.

Venerable Tenzin Chogkyi, an American Buddhist nun who went on retreat for six and a half years.