The political power of music: UK musician Dave Randall on his new book

Sound System: The Political Power of Music looks into the history of musical movements that have inspired political and social change and urges us all to "get stuck into that struggle.” 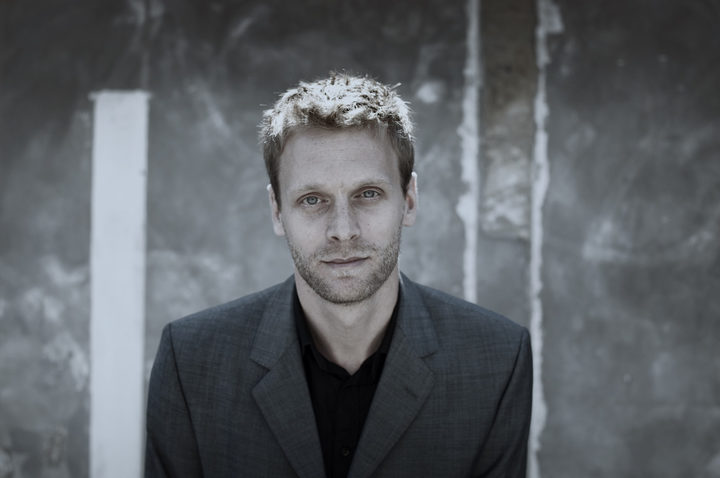 English musician Dave Randall was a guitarist with the UK band Faithless and has collaborated and toured with Dido, Sinead O'Connor and many others.

Randall traces the roots of his book, and his interest in political music to when he first heard the song ‘Free Nelson Mandela’, by The Special AKA (formerly The Specials) at a festival when he was 14.

“I had no idea who Nelson Mandela was, but I knew by the end of the first chorus that I wanted him to be free. It had a huge impact on me. Not only did it make me interested in the issue itself, apartheid in South Africa at the time, but it also persuaded me that maybe ordinary people could have a say in terms of what happens next, that ordinary people collectively had some sort of political power, and so therefore, it was music, it was a song, that got me interested in politics.”

He later toured South Africa, when Nelson Mandela was president and was struck by the political contradictions in the country. He decided that he “needed to dig deeper into this question of the political power of culture” and the idea of a book was born.

Can music change the world?

“Yes, music is one of the things that creates the conditions in which the world can either remain as it is, stacked in favour of the few, the 1% or whatever you want to call them, or music can help us create the conditions where that system becomes challenged.”

“Right throughout the history of class society, and across cultures too, rulers have understood this. People with power, members of the establishment, have always recognised the political power of music and have acted accordingly.

"I have spoken to some people ... tends to be music fans of a certain age ... who seem to think that music and politics only converged in America in the 60s and maybe the UK in the 70s. They talk about the hippie period and George Harrison hanging out with Ravi Shankar, and then they talk about punk and Rock Against Racism and...so on.

"Now, these are all important things, but the truth is that music and politics have converged in very, very significant and interesting ways right throughout history.”

The book takes a very global and historical approach, with sections on the anti-colonialist backstory to Carnival in the Caribbean island of Trinidad, the important role of music in places like the Middle East, and the way that music was used in the struggle against apartheid in South Africa.

He says that the borderless technology, fragmented culture, and powerful gatekeepers of the internet means that protest music will never have the same kind of impact that a song like Bob Dylan’s ‘Blowin in the Wind’ did.

Can you hear the people sing?

“My feeling is that the corporate controlled media will tend to sideline acts who they find politically troubling, and this has been the case for a long time. But if you have a movement on the streets that is big enough, then that will be responded to by some of the world's biggest artists.”

Randall gives the example of Beyoncé responding to the Black Lives Matter movement with the video for her song Formation.

But there are also examples where protests from artists have backfired - when The Dixie Chicks stood up against America’s entry into the Iraq War, “they paid a huge commercial price for that. They were sort of made an example of...”

Rock Against Racism, a movement that began in 1976, was one of the most spectacular examples of ordinary people coming together and asking musicians to join them. The movement aimed to stop a looming lurch to the extreme right in British politics. Weirdly, both Eric Clapton and David Bowie had come out in support of the Nationalist right, statements which they both retracted years later.

In 1978 100,000 people marched against nationalism, culminating in a concert by The Clash, X Ray Spex and other punk and reggae groups.

“I think that that initiative really steered a generation of Britons ... not all of them, but a significant number of Britons of that generation, steered them towards anti-racism.”

Did Lorde do the right thing?

Randall thinks that Lorde did the right thing to call off her tour of Israel last year, after public pressure and learning about the call for a cultural boycott there.

“I'm somebody who's also played in Israel in the past. I played there two or three times with Faithless, and things have only got worse during that period. The idea that somebody like Thom Yorke puts forward, that you just go and play there and bring people together and the situation gets better, is, I think, at best, naïve.

We have to take our political cue from the people over there, and they want us to respectfully stay away until Israel meets its obligations under international law.” 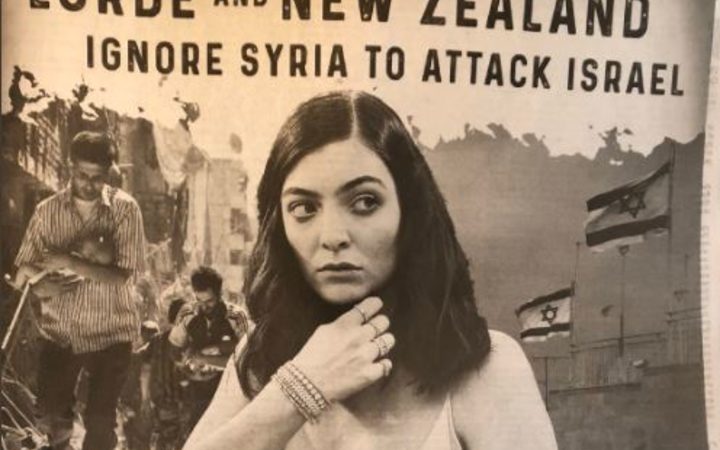 He says that the most political music being made in Britain right now is Grime, a genre that began in the U.K. in the early 2000s, taking elements of dancehall, garage and jungle, hip-hop and reggae.

“One of them in particular, a guy called Stormzy ... is very political in two ways at least. First of all, the music talks about the lived reality of lots of people in cities like London, who are usually ignored by the mainstream media, working class, young, black men in particular. Grime talks about their experiences. Young women, too. Talks about their experiences in a way that, as I say, has never really been profiled in the mainstream media, or at least not in recent years.

But secondly, he has also, very courageously, I think, come out both in support of the left wing leader of the Labour Party at the moment, Jeremy Corbyn, the most left wing Labour leader we've had since the second World War ... well, probably ever ... At that election [in 2015] where he achieved that big swing, one of the sort of talked about features of the campaign was a hashtag on Twitter, #grimeforcorbyn, and that was very much supported by Stormzy and several other MCs.

Unsurprisingly, one of the key conclusions the book comes to is that  music matters.

“Culture is one of the battlegrounds that we have to get stuck into. Music influences the way that we feel about ourselves, each other, and the world that we share.

The penultimate chapter of the book outlines Randall’s ‘Rebel Music Manifesto’ which is a call to action for musicians and communities and “all of us, whatever we do, wherever we live and whatever we do for a living, I think it's incumbent on us to try to get stuck into that struggle.”