Vanuatu's National Workers Union is encouraged by increased organisation by seasonal workers in neighbouring countries in asserting their basic rights. 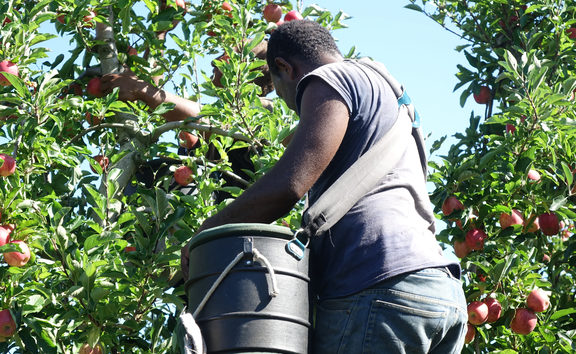 Dozens of ni-Vanuatu on Australia's Seasonal Worker Program last week won a settlement after taking legal action against an agriculture contractor for gross underpayment and mistreatment.

The union's representative Ephraim Kalsakau said the workers had become ill from exposure to chemicals while picking tomatoes.

He said the process towards the settlement has underlined the democratic principles that ni-Vanuatu seasonal workers learn about while abroad.

"Quite a few SWP workers have joined the national union of workers, have participated in actions in Australia to get better conditions for seasonal work and fruit pickers in general."

Mr Kalsakau said Vanuatu's government could have done more to help ni-Vanuatu doing seasonal work abroad to be abreast of their rights.

There has been a slow union up-take for ni-Vanuatu in New Zealand's Recognised Seasonal Employer scheme.

Mr Kalsakau said that his union was gradually working with New Zealand's Amalgamated Union towards raising awareness about worker rights, and registering for a union.

The Amalgamated Workers Union has said that ni-Vanuatu workers have been concerned about the range of deductions coming out of their wages, but were reluctant to speak out lest they lose their RSE work.

"If our government was assisting in getting our workers to understand the situations in New Zealand, I think we would have seen our workers joining up the union movement in New Zealand and tackling those employers who have deducted money that shouldn't have been deducted."

In the recent Australia settlement case, the workers' claim was brought against Agri Labour under the Protecting Vulnerable Workers amendments to the Fair Work Act.