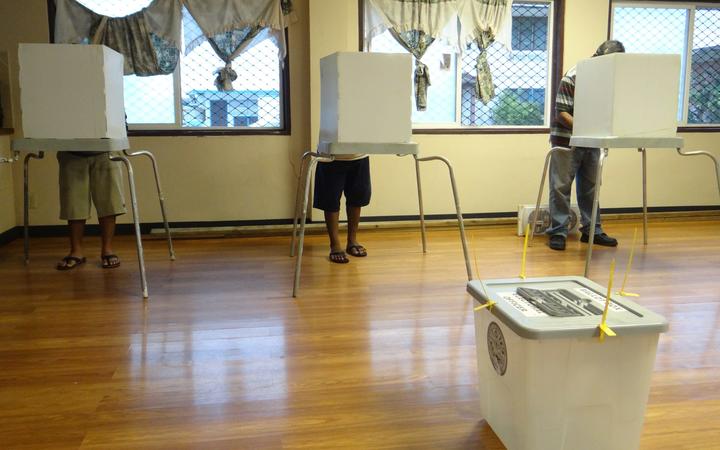 Judge Philippo issued a four-page order denying the motion by the AG's office seeking to eliminate the lawsuit filed by Marshall Islander Betwel Lekka, who resides in Hawaii.

Mr Lekka's lawsuit against Chief Electoral Officer Benjamin Kiluwe, filed in late March by attorneys Jack Jorbon and Atbi Riklon, is one of two lawsuits currently pending in the High Court seeking to restore postal absentee voting rights that were eliminated by a 2016 Nitijela (parliament) amendment to the Election and Referenda Act.

The other lawsuit, filed by Evelyn Konou and Anna Lehman, has not yet received a response from the Attorney General's office. The AG's reply to the two is anticipated shortly as the 60-day time period allowed for a response is soon to expire. The nation's next national election is on 18 November.

In asking the High Court to dismiss Mr Lekka's postal ballot lawsuit, Assistant Attorney Falai Taafaki said Mr Lekka had failed to state a claim upon which relief could be granted for lack of a recognizable legal theory or insufficient facts to demonstrate a legal theory.

Mr Taafaki also noted in his motion to the court that Mr Lekka had failed to list one "specific crucial allegation that an actual case or controversy exists" and that it was not the AG's office job to tell Mr Lekka about this "missing" information.

But Judge Philippo said the burden for establishing requirements are met for the court to dismiss a case fall on the defendant as the mover of the motion to dismiss - in this case, the AG's office.

"It is counter productive to move a motion and at the same time withhold information that may assist the Court in determining such motion," the judge said.

He cited US and Marshall Islands case law to support his point.

Mr Lekka wants the court to declare that he is qualified to vote in the 2019 national election, that the Nitijela amendment banning postal absentee voting is unconstitutional, and that the Chief Electoral Officer is not authorized to disqualify any qualified voter from participating in the election.

Judge Philippo concluded in dismissing the AG's motion: "The Court finds that the facts alleged in the complaint are sufficient to support a cognizable claim and defendant's motion to dismiss for failure to state a claim must necessarily fail".

The day following Judge Philippo's denial of the Attorney General's office motion to dismiss a postal absentee voting lawsuit last week, Mr Lekka's attorneys followed with a motion of their own.

The motion is now awaiting a response from the Attorney General's office.