To mark his 6th Christmas in exile on Papua New Guinea's Manus Island, outspoken Sri Lankan refugee Shaminda Kanapathi has called for an end to refugee scapegoating in Canberra. 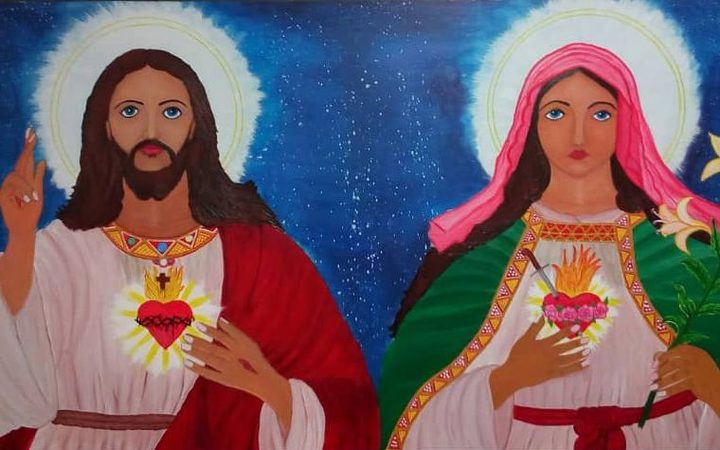 "I have committed no crime other than to seek protection: Refuge in Australia," Mr Kanapathi wrote in an open letter in which he also expressed "heartfelt wishes and warm regards to you all" for a "Merry Christmas".

"May God bless you," the 26-year-old added after noting "Christianity and many religions teach respect and care for others".

Last month, Catholic Bishops in PNG called for a Christmas gift of freedom for more than 600 men detained on the island.

"We are hoping for an end to this refugee situation where all will be sent to Australia or to any other country," the secretary of the PNG Catholic Bishops conference Ambrose Pereira said.

"But it needs to be Australia's responsibility to ensure that this happens."

The president of the Australian Catholic Bishops Conference, Mark Coleridge, also called for Canberra to find a home for the refugees detained on Manus and Nauru.

"After five years, we have to ask: If our Government is unable to find a home for these people in another country, should we not provide them with a home in Australia or New Zealand?"

Mr Kanapathi, who said the refugees were "being sacrificed in order to gain political leverage and to bolster political careers", noted that many Australians including the medical and legal professions were "calling for an immediate end to this torture".

The world is awaiting and preparing for the Christmas celebration while two thousand people are still taken hostage by the Australian government in Manus & Nauru. This is the sixth Christmas that we spend in exile. Dark days marking humanity and history.#Manus

"Within these five years, there have been four Australian Prime Ministers and three Immigration Ministers. Yet nothing has changed in my life, except my living conditions are getting worse. The health of my fellow detainees, many already deeply traumatised, is rapidly deteriorating," he said.

"I challenge the politicians responsible for this to come and visit the camps to witness the degradation and suffering of their occupants," Mr Kanapathi said while condemning the Australian government for not passing the Urgent Medical Treatment Bill. 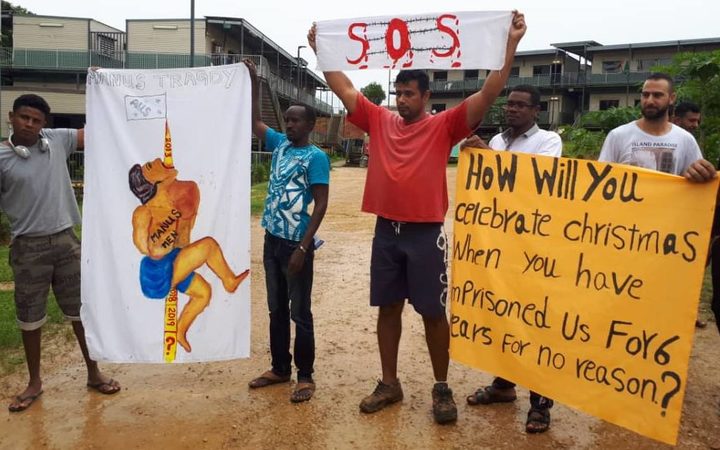 The bill would have provided care in Australia for sick offshore detainees but the minority government adjourned parliament to avoid it being voted into law.

Its passage could have given relief to a Christian asylum seeker, who says he is beginning to develop mental illness.

Farhad Rahmati, who has been told his heart condition requires testing not available in PNG, has called for his return to Port Moresby for further medical treatment.

After being sent back to Manus with about 35 other men before the APEC summit in November, Mr Rahmati said he was not returned in time for two scheduled surgeries. 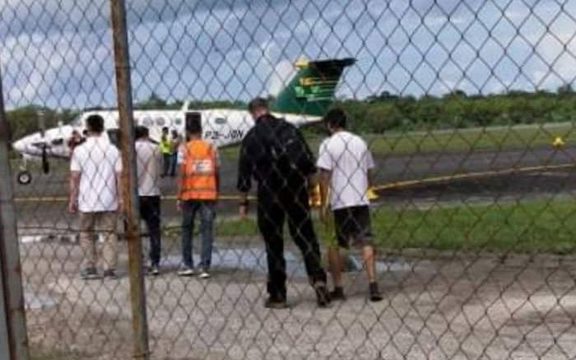 The three refugees are led to the plane at Manus Island airport. Photo: Supplied

"PNG immigration has the obligation to protect Christians," Mr Rahmati said. "Is this protection?"

"I ask you my brothers and sisters in Christ to stand up and do the right thing by taking me back to Port Moresby to attend my medical appointments."

Mr Rahmati, an engineer, said that while awaiting surgery he had found work in Port Moresby "where he paid tax and helped others to learn something new".

"Now I pass my days and nights sitting in my room doing absolutely nothing while the chance of getting mental sickness is really high. To be honest I'm at the starting point."

The PNG Immigration and Citizenship service did not respond to a request for comment but on Sunday, Mr Kanapathi noted three refugees were sent to the PNG capital for medical treatment.

One of them had tried to hang himself in Manus Island's health clinic, the refugee said.