Samoa's prime minister has joined other Pacific leaders in calling on the global community to unite and arrest the threat of climate change. 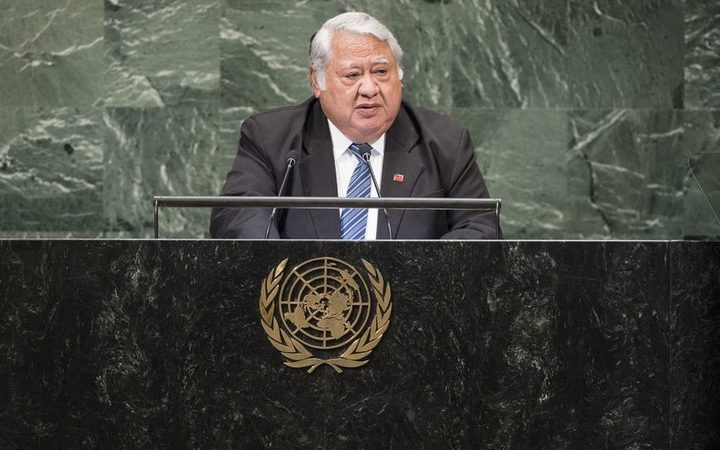 He told the General Assembly that climate change was the over-riding policy preoccupation of his government.

Tuilaepa said it was a societal problem requiring a decisive response from the global community.

He called on leaders to treat the planet as a single constituency and act now to save it.

Tuilaepa alluded to the short term views of certain leaders acting in their own political self interest rather than addressing the greatest threat to the planet.

"It is indeed worrisome and alarming that the level of commitments to the Paris Agreement by member states will not keep global warming anywhere below 1.5 degrees celsius which is the ideal and moral goal to save planet Earth," he said.