A combined Pacific Island netball team have notched their second win at the Super Club tournament in Nelson, prevailing 84-66 in a high-scoring affair against the Singapore Sneakers.

Marama Vou, which brings together players from Fiji, Samoa and New Zealand, trailed by two points after the opening quarter on Thursday but found their range to lead by three at half-time before opening up a 12 point advantage going into the final period.

Coach Vicki Wilson said they were guilty of trying to force the two point shot early in the match but improved quickly after making some adjustments.

"At quarter time we spoke to the girls about ensuring that everyone knew their roles," she said.

"And we had young Laisani Waqa making sure that she was posting up, giving us an opportunity to score the one-pointers but to take some of the heat off the outside player, so we became much more I suppose purposeful with the ball coming down and we didn't squander opportunities.

"There's nothing worse than gaining these terrific intercepts and then not scoring off it and punishing the opposition." 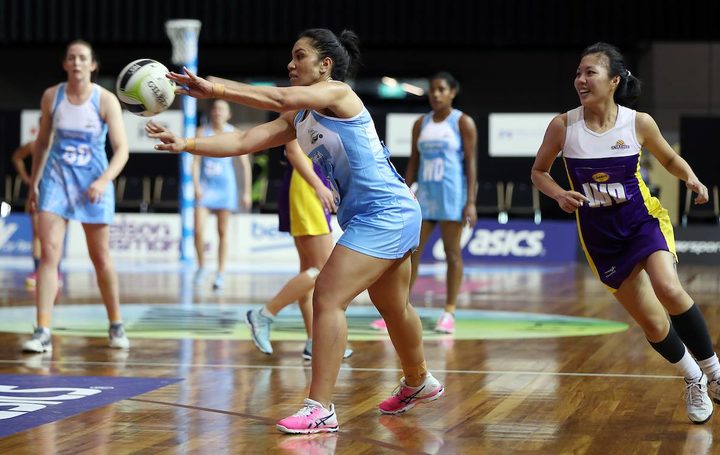 Marama Vou will play off for fifth place against the Sirens this afternoon, after the team from the University of Western Scotland beat South Africa's Gauteng Jaguars 46-39.

"The Sirens haven't been scoring on the two point shots - they've been really only playing a one-point game - so we need to make sure we shut down their one point," Wilson said.

"They don't like the long shot so they will go for the one point all the time and they played very safe tonight (against the Jaguars) to make sure that they got through.

"We need to take risks but they need to be very calculated and we need to be rewarded at the end."

Vicki Wilson said the team is feeling confident but needs to ensure they come onto the ball strong and play smart.