A lawyer says ousting two journalists from the Tonga Broadcasting Commission's newsroom is a political move designed to control coverage of the upcoming election. 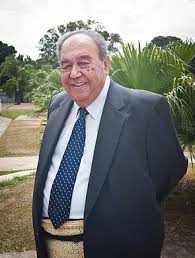 The new chair of the public broadcaster Tu'i Uata began his tenure by moving editor Laumanu Petelo and news manager Viola Ulakai into the marketing department.

Both journalists had run-ins this year with prime minister 'Akilisi Pohiva who called the TBC an enemy of government because of its critical coverage.

Mr Uata said the move was because the TBC was in financial crisis and content was unpopular.

However the journalists' lawyer, Clive Edwards, said it was unlawful and he was preparing breach of contract proceedings.

Mr Edwards said the move appeared to be strategic as the country headed into an election on November 16.

"The situation is somewhat dangerous and precarious because of the attitude of this chairman of doing what he wants to do unrestrained and use his position for campaigning," he said.

"In other words they are trying to control the media in Tonga for the election, and that's bad."