The coach of the PNG Hunters says his side still needs to be wary of the defending champion Ipswich Jets in their Intrust Super Cup rugby league match this afternoon, despite a 20 point loss last week.

The Jets lost to the table-topping Burleigh Bears 46-26 in round 20 while the Hunters thumped the Easts Tigers 38-8.

But Michael Marum said Ipswich was still a good side, highlighted by the defeat they inflicted on his side back in May.

Marum also said the Jets current mid-table position on the competition ladder shouldn't be read too much into.

"That was probably where they were sitting around this time last year as well, one or two spots up. But they played well against us and they had some good wins, four in a row, before they lost last week against the Burleigh Bears."

"They lost a lot of their players but they still have a lot of good quality players around the park," he said.

He said his side was confident they could reverse the round 12 result against the defending champion Ipswich Jets.

The Jets beat the Hunters 30-12 at the North Ipswich Reserve in May but Michael Marum said his team had some players return from injury and would take confidence from playing at home.

Marum said the Hunters have tinkered their game plan since their last match.

"We did add a little bit more to the game again. We had too many errors during the game and gave away the football."

"We want to get off to a good start, that's what we did last weekend and that's our focus again this week."

"We understand that they are going to be hungry for a win because they lost to the Burleigh Bears but we got most of players back now and we are looking forward to the challenge," he said. 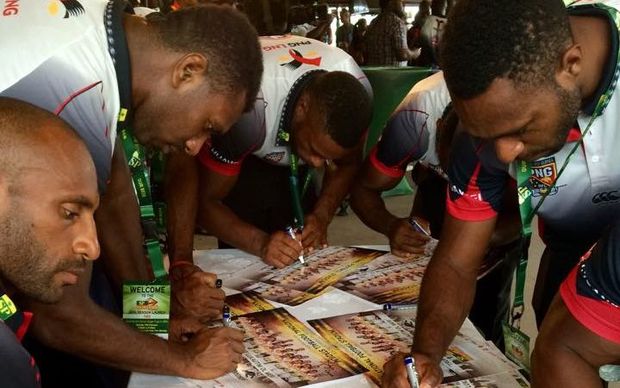