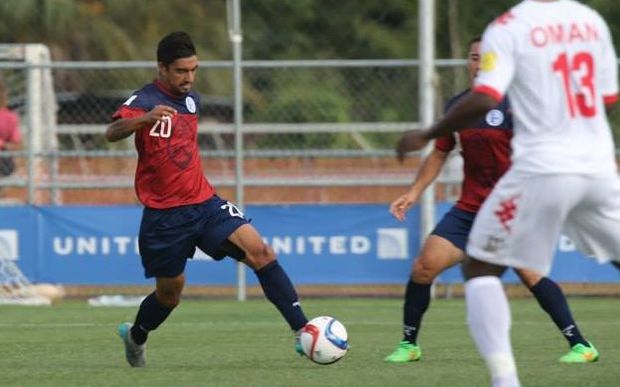 The 28 year old defender is a regular starter for the American glamour club, playing alongside the likes of former English Premier League stars Steven Gerrard, Robbie Keane and Ashley Cole.

He made two friendly appearances for the United States in 2012 but commited his international future to Guam a year later, and been a key member of the Matao's FIFA World Cup qualifying campaign.

Guam head coach Gary White said DeLaGarza's presence is huge in the national set-up and his decision to play for the Matao has opened the door to more.

"His high exposure as a player has definitely pushed the (Guam) name out and in my recruitment I obviously utilise AJ's name and he assists me very well with players that once we identify them trying to sell it to them," White said.

"We've got a couple of new players that we're looking at and then there's also some more players that are currently in the US international system, playing at youth level, so we're keeping an eye on them.

"Obviously their first choice would be the US but we're ready to catch them if they fall off that track."

Guam were beaten 3-2 by Chinese Taipei in a friendly match at the weekend and play their final match in the second round of Asian World Cup qualifying, away to Oman, early on Friday morning.