The United Nations has urged the Australian government to refrain from transferring hundreds of asylum-seekers to Nauru. 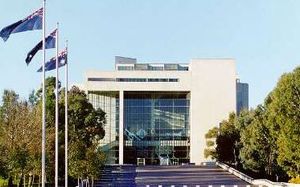 This comes after yesterday's High Court ruling in Australia which threw out a challenge to Canberra's policy of detaining asylum seekers abroad.

In a statement, the UN said it was very concerned for those at risk of being returned and that most were in a fragile physical and mental state after reportedly being brought to Australia from Nauru to receive medical treatment.

Among those who can now be sent to Nauru are 37 babies who were born in Australia, a five-year-old boy who was allegedly raped at the detention centre, about 50 other children, and women who were sexually abused.

The UN said it would put Australia at risk of breaching its obligation not to return any person to cruel, inhuman or degrading treatment under the Convention against Torture.

The Australian policy of processing asylum seekers arriving by boat abroad has been criticised by international agencies, but has overwhelming political support in Australia and is only opposed by the Greens.

At least 10 churches across Australia have offered sanctuary to asylum seekers who face imminent return to the offshore detention centre on Nauru.

The right to sanctuary is not recognised under Australian law, but is a biblical concept which had legal basis during the middle ages.

The Rector of St Cuthbert's Anglican Church in Darlington, Father Chris Bedding, said church leaders were ready to put their buildings and bodies on the line to protect the asylum seekers.

"They're going back to face abuse, denial of education, denial of medical care, and in some cases women who have been raped are going back to live on a small island with the people who raped them. My church and at least ten and probably more other churches around Australia are saying if the government tries to do that, we are going to offer sanctuary to those people so we can stand between them the abuse they are going to receive." 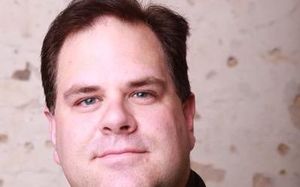 The Anglican Dean of Brisbane, Dr Peter Catt, said he was prepared to face prosecution for providing sanctuary to the asylum seekers.

"We understand that the police would have the right to turn up and request entry. We would probably close the building down and refuse them entry, and then they would probably have to force their way into the building and those of us who had caused them to be obstructed would certainly be open to prosecution," he said.