A New Zealand-based author of a book about her time working in development in Papua New Guinea says there's a need for change in the way foreign consultants are used in PNG. 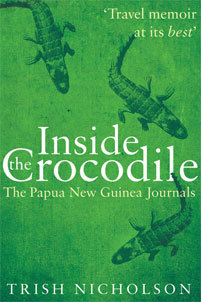 Ms Nicholson said some of the big challenges she faced in such work are still issues in PNG today.

She believes development can be improved in PNG through changes such as more devolution of powers from Waigani, plus changing the way consultants are contracted.

"Because I honestly don't see the value in a bunch of consultants in Port Moresby who don't go out to the districts, pontificating as to what should be done, and sending out yet more pieces of paper, forms and systems."

Trish Nicholson said she has hope for PNG development because of the many capable, willing and dedicated Papua New Guineans who want to improve lives in their wider community.

He said that advisors had made local workers lazy and in some cases decisions were being made not in the interest of PNG.