A New Zealand company owed about $US 390,000 by the Papua New Guinea government is urging the PNG administration to abide by a court ruling and pay its debt.

It's been seven months since Evaluation Consult won its court case in PNG to recover the debt for unpaid work contracted by the PNG government in 2014 on a national strategic sustainable development plan.

But he said he had no response from the Planning Minister, Charles Abel, the Prime Minister Peter O'Neill, nor Treasury nor numerous other government officials to Evaluation's many attempts to get an answer. 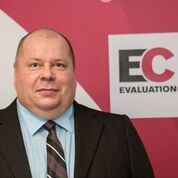 "Which is interesting because we've sort of constantly reminded them of the arbitration ruling and sent that over as a PDF, with most emails as a nice attachment, as a reminder that this is a legal debt, it's not just somebody whinging about an unpaid invoice. This is a legal debt, and not paying it is against the law."

Brian Rumbelow said he heard of a number of contractors who are owed by the PNG government, and urged caution for businesses looking at contracting to the government in future.

Mr Rumbelow said over the next two years, Papua New Guinea was set to receive $US54 million in aid from New Zealand.

Evaluation would like to see this money used to help establish better government processes and accountability.