Papua New Guinea maintained their unbeaten run at the Nations Cup netball tournament in Singapore last night, but only just.

The Pepes led 13-9 at the end of the first quarter against a local invitational side but were never able to open up a substantial lead as the Singaporean side won the second quarter by three goals and ensured the final two periods finished on even terms. 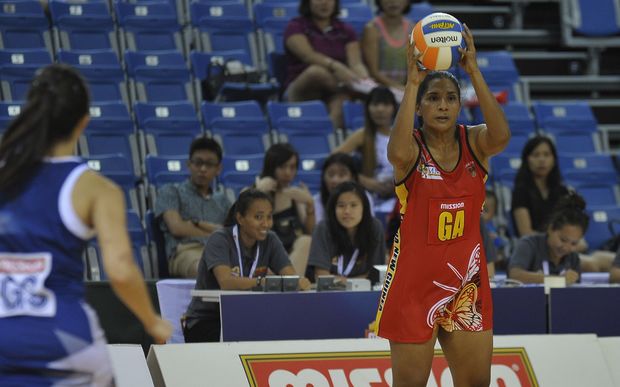 PNG goal-shoot Herronie Daera converted the decisive goal to give PNG a narrow 37-36 win in the dying seconds. 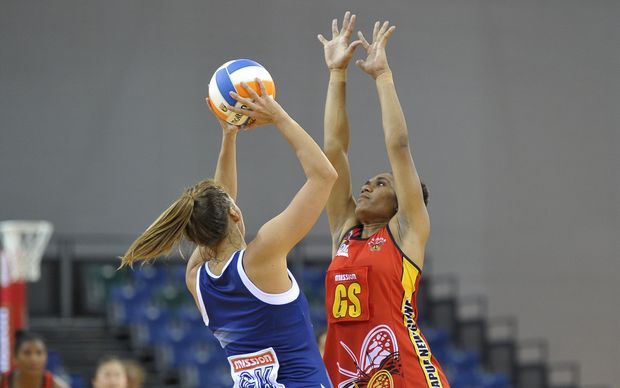 PNG goal-shoot Herronie Daera was active on attack and defence against the Singapore Invitational side. Photo: Netball Singapore

Pepes coach Una Rokoura says her players were guilty of throwing away a lot of possession and weren't consistent enough throughout the match.

She says it was good to give some the younger squad members some time on court but a lot needs to be fixed in training before tomorrow's top of the table clash against Northern Ireland.